The developer of GPU-Z released a new version of the most popular information and monitoring tool for graphics cards. The just-announced RTX 4080 graphics card is now supported as well as many recently launched RTX 30 models.

Owners of NVIDIA RTX 40 GPUs can now monitor the 16-pin power input through the GPU-Z sensor data. The tool already provides software sensor data for standard PCIe 8-pin/6-pin inputs as well as the PCIe interface itself. This can help in understanding how the input power is distributed before it reaches the graphics processor. 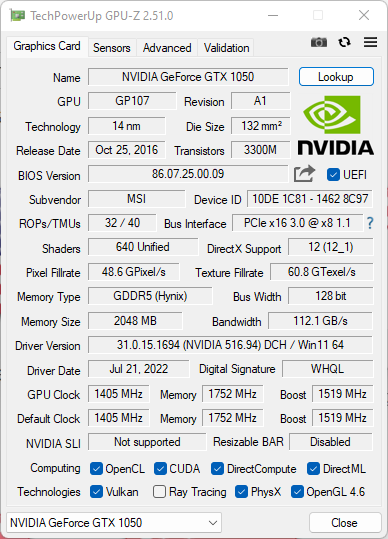 Furthermore, GPU-Z will now recognize the new RTX 3060 Ti graphics card with GDDR6X memory. This is the latest model that was released last month. Support for various workstation Ampere, Tesla and Kepler based models also added. There is also a mention of RTX 3060 with GA104 GPU.

GPU enthusiast can now submit their RTX 40 GPU BIOSes to the open TPU database, a useful resource for those modifying, replacing or simply fixing the GPU firmware. You can download the tool by following the official link below. If you have GPU-Z already installed, a message directing you to the download page should appear automatically.