PowerColor joins ranks with ASUS who were first to unveil the custom design of their Radeon RX 7900 XT and RX 7900 XTX GPUs TUF Gaming series. 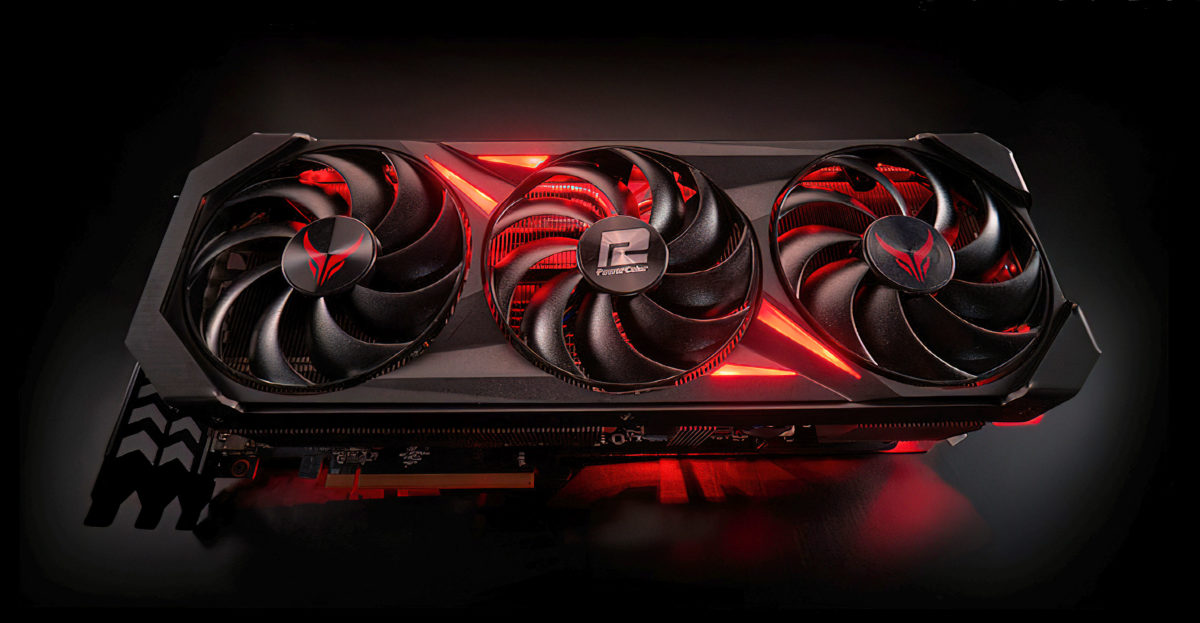 The PowerColor RX 7900 XT and XTX will feature a triple-fan cooling solution, which also appears to be thicker than 3 slots. This is a new iteration of the PowerColor iconic Red Devil series which represents the highest tier in the company’s portfolio.

The message posted by the company on the social media platform appears to mention Devil 13 as the creator of the series. The company used to sell Devi 13 cards as their flagship SKUs, most recently with the Radeon R9 300 series.

🔥🔥「The darkness dominator: Red Devil」🔥🔥
With its restless desire to rule the universe but no wish to see any light,
Devil 13, the ruler of the underworld created a new Devil to rise from the underworld and master all creatures.
Red Devil as he was named,
known to be the only Devil besides his creator to master all elements of the Pentagon;
Earth, Water, Fire, Wind and Void,
its presence was feared by all corners of the new world.
Ever since, no one dared to challenge the Devil’s true gaming empire

PowerColor is not confirming if the card shown above is the RX 7900 XT or the XTX variant, however it is very likely that both SKUs will use a similar, if not identical cooling design. The company already teased the new Devil GPU a few weeks ago, but it is not clear whether the picture posted back then was a backplate of this model or a shroud for the liquid-cooled variant.

The company is also working on the Hellhound series, as confirmed earlier this week. Both cards should launch on December 13th, which is the release date for the AMD Radeon 7900 series.