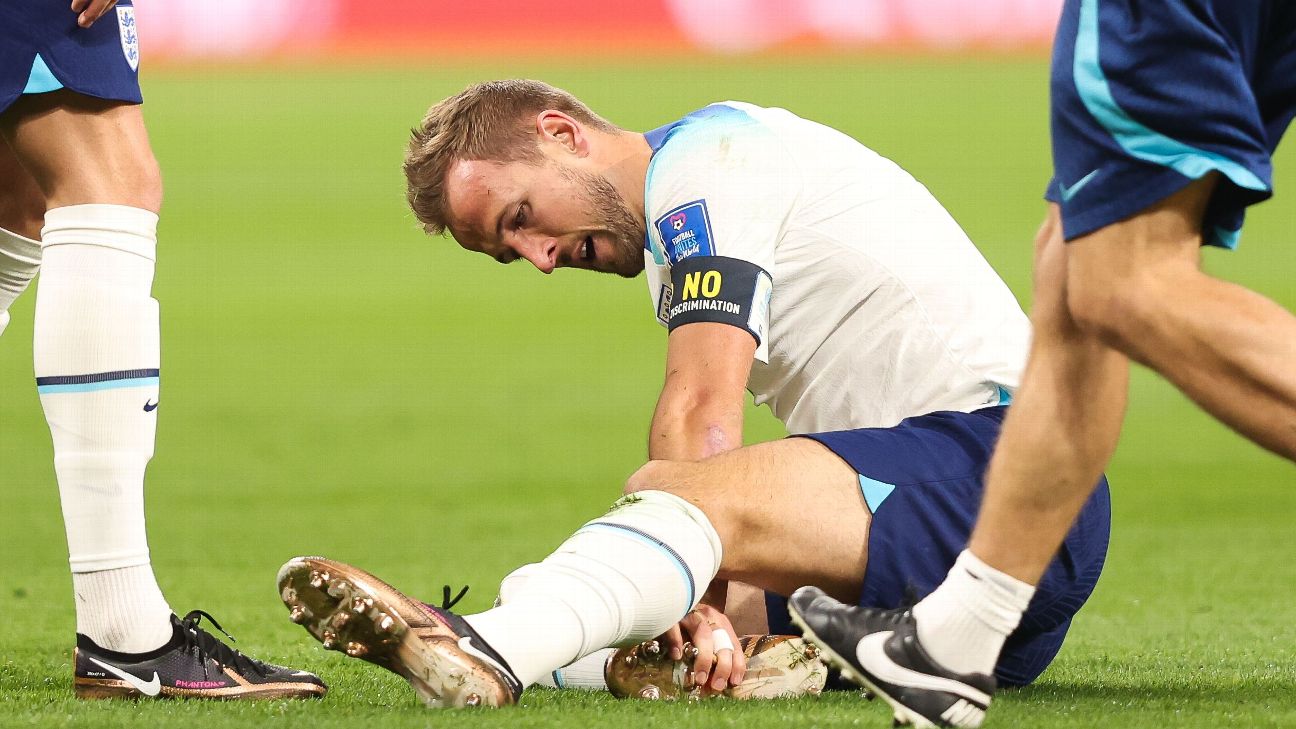 England are hopeful captain Harry Kane will be fit to face the United States on Friday despite an ankle injury scare, sources have told ESPN.

The 29-year-old underwent a scan which is believed to have been more precautionary than in response to a deterioration in his condition after he was substituted with 14 minutes remaining of Monday’s 6-2 win over Iran.

Kane, who has a history of ankle problems, was pictured with strapping on his right ankle as he left the Khalifa International Stadium but sources have played down the severity of the problem and goalkeeper Jordan Pickford confirmed Kane took part in a closed training session at the team’s base in Al Wakrah on Wednesday.

Kane did not find the net against Iran but registered two assists as England surged to the top of Group B, underlining his importance to the group.

Pickford said: “Everyone will take their chance. When Harry came off, Callum [Wilson] came on and played really well, got the assist for Jack [Grealish]he was really unselfish and gave Jack his goal.

“Everyone is training really hard. Everyone’s here for a reason: to play football. But obviously Harry is an unbelievably player. He sets the example in the squad. He’s the leader, he’s the captain. We all look up to him. But there are also opportunities for other lads as well.”