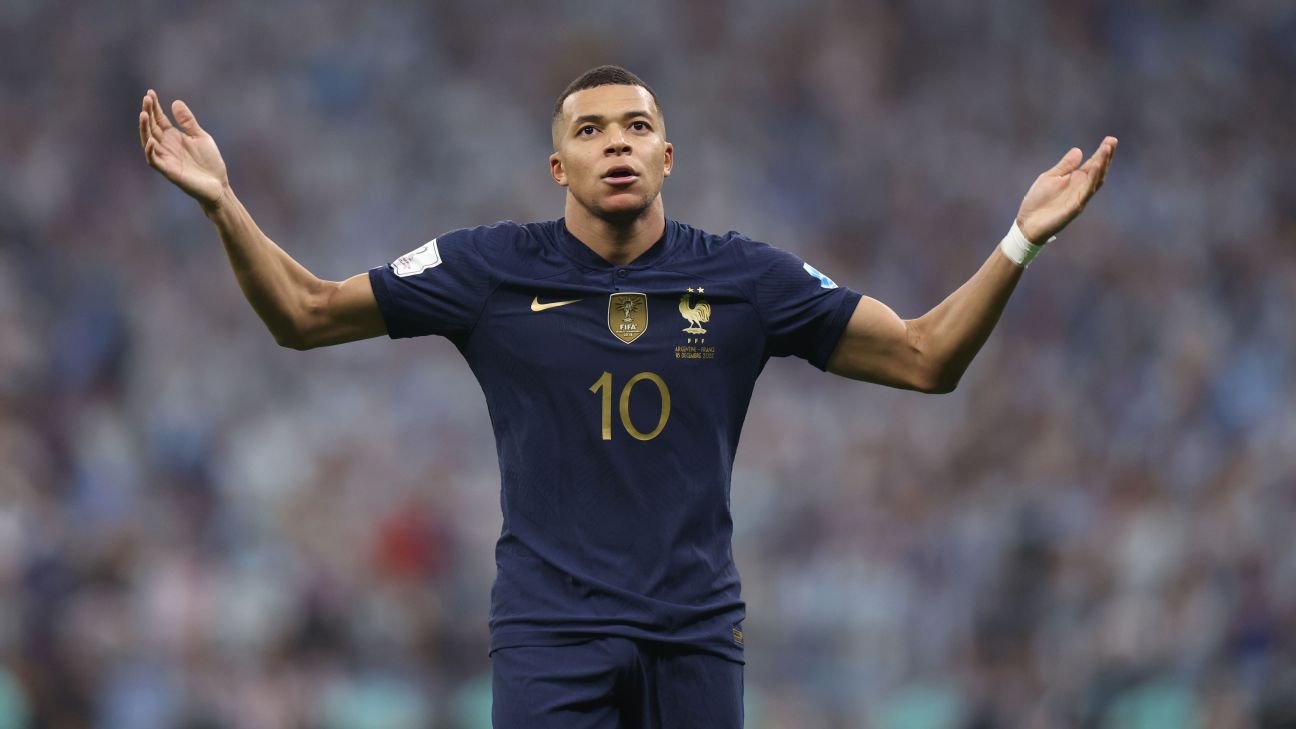 Kylian Mbappe’s rousing half-time pep talk to France teammates at the World Cup final has been revealed in a new documentary.

The 24-year-old is heard encouraging his international teammates after they fell behind 2-0 to Argentina following a poor first-half display.

A documentary called Thank you Les Bleus (“Thank you, Les Bleus) was released on Tuesday on French channel TF1 and cameras showed footage of speeches from Mbappe and France coach Didier Deschamps during the break.

“It’s a World Cup final, it’s the match of a lifetime,” Mbappe said. “We can’t get any worse, anyway. Let’s go back on the field, either we let them play or we do, we put a little intensity and we go into the duels and we do something else guys.

“It’s a World Cup final. It’s done, they scored two goals, we’re two goals down. We can come back! Guys, it’s something like this only every four years.”

Deschamps was shown slamming his fist on the table and added: “Guys, I’ll tell you without getting upset. Do you know the difference?

“It’s that they, are playing a f—ing World Cup final and we are not playing in it!”

The team talk eventually had the desired effect as France scored two quickfire goals through Mbappe to make it 2-2 and take the game into extra time.

Lionel Messi put Argentina 3-2 up before Mbappe grabbed his hat trick from the spot which forced the game to go to penalties. Argentina went on to win the shootout and lift the World Cup for the first time since 1986.

Despite missing out on defending their World Cup win in Russia in 2018, France were given a warm welcome home when they returned to Paris on Monday night with thousands of fans cheering them during an appearance at the Place de la Concorde.