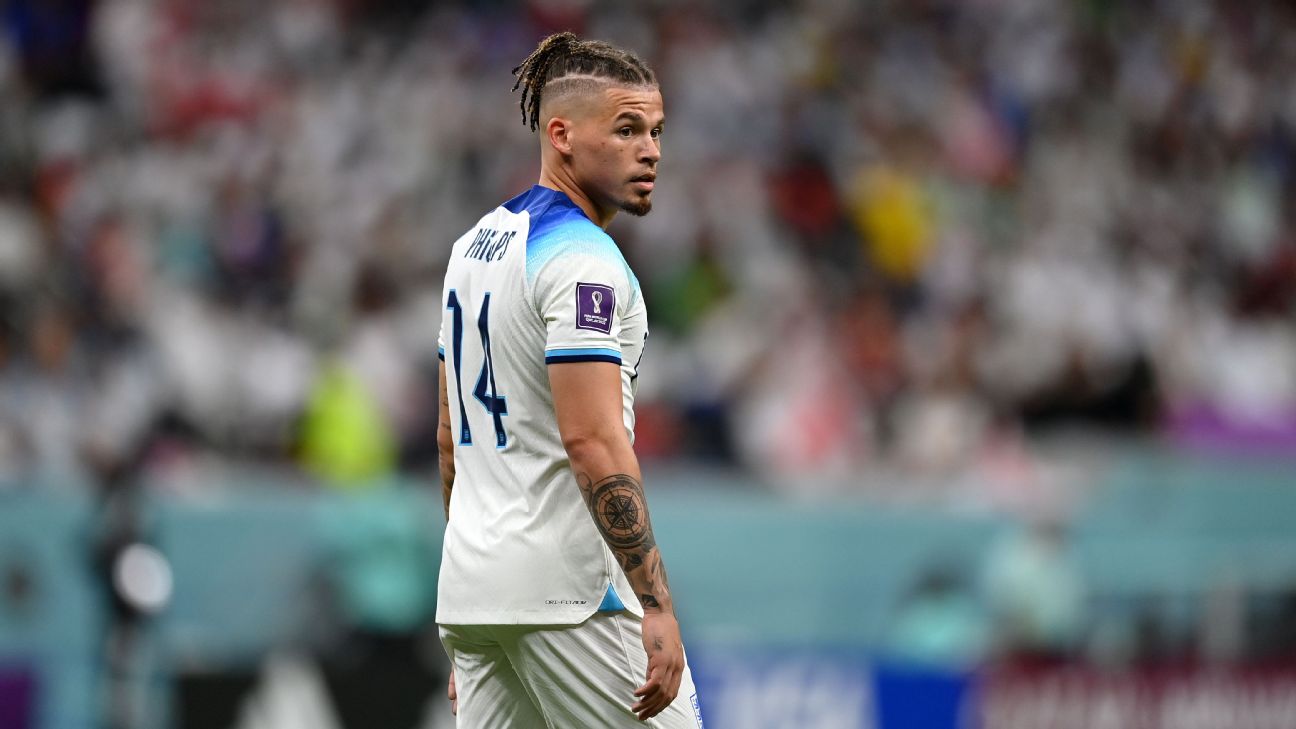 Pep Guardiola has said Manchester City midfielder Kalvin Phillips missed the Carabao Cup fourth round win against Liverpool after returning to the Etihad “overweight” from World Cup duty with England.

Phillips, 27, was not named among the substitutes for the 3-2 win against Jurgen Klopp’s team and is unlikely to be considered for the squad for City’s next game — the Premier League trip to former club Leeds on Dec. 28 — after disappointing Guardiola with his physical condition following a month of training with England in Qatar.

“He’s not injured,” Guardiola said, when asked about Phillips’ absence from the match-day squad against Liverpool.

“He arrived overweight. I don’t know [why]. He didn’t arrive in the condition to do training sessions and to play.”

Having arrived from Leeds in a £45 million transfer in July, Phillips has made only four first-team appearances for City due to a long-term shoulder injury and registered just one minute of Premier League action for the club.

And although Phillips is now back in training with the Premier League champions, Guardiola says he won’t play until he is back to full fitness.

“No, no, no, no,” Guardiola said. “Absolutely. That’s why he cannot play. When he will be ready, he will play, because we need him, we need him a lot.

“It’s a private conversation with Kalvin.”

Guardiola, meanwhile, was full of praise for the performance of Kevin De Bruyne against Liverpool.

The Belgium international returned to City following his country’s group stage exit from Qatar 2022 and Guardiola said the 31-year-old has the “fire inside himself” to perform at the top level straight away.

“He arrived, the first training session he was back I wasn’t here but I was told it was brilliant and against Liverpool, he was outstanding,” Guardiola said.

“Kevin just to find the right fire inside himself, just to be a little bit, grumpy or upset to play his best.

“When this happens, what a player, assist to score a goals, I know it is not easy to find every three days this consistency but today he has something inside that says I am going to it.

“It is Mr Kevin de Bruyne, what can I say, eight years he has done everything for this club, an absolute legend, he will be remembered forever as one of the greatest players of this club.”