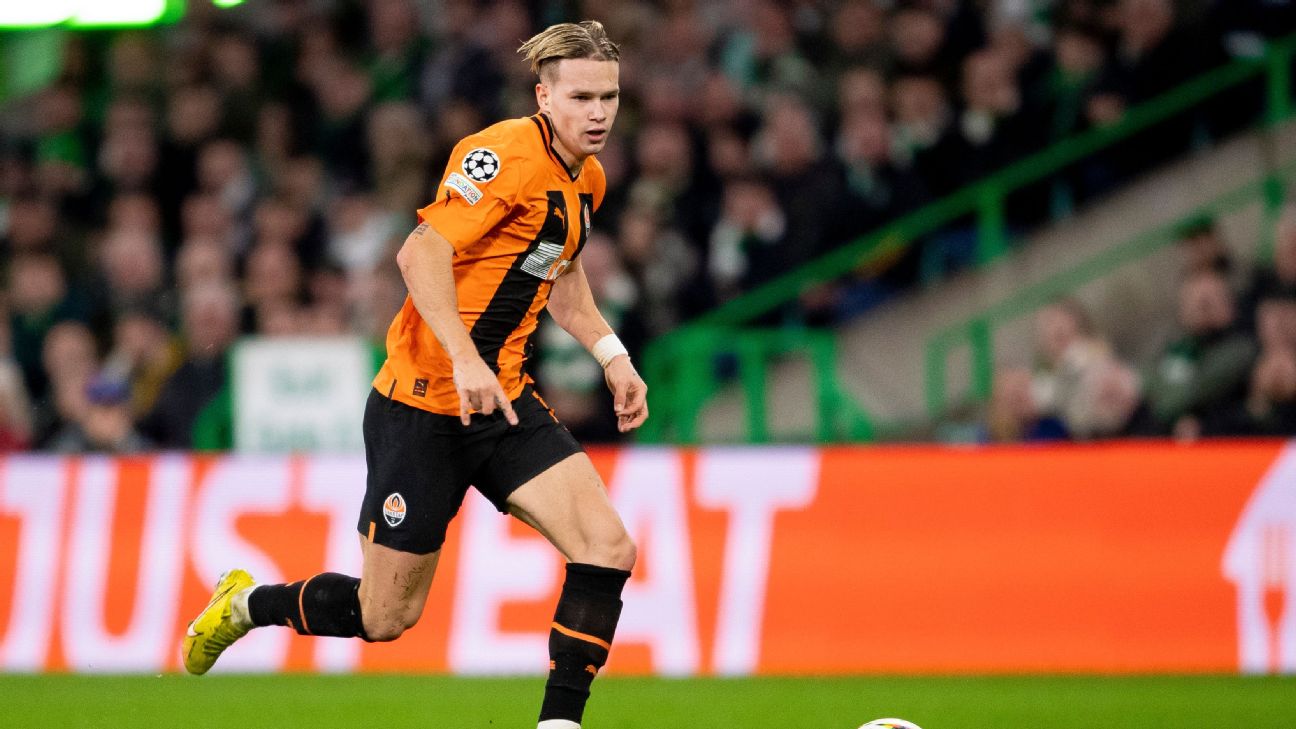 Shakhtar Donetsk have rejected Arsenal’s €65 million offer for Mykhailo Mudryk, sources have told ESPN, with the Ukrainian team holding out for their original €100m asking price for the winger.

Shakhtar’s refusal of the Premier League team’s initial bid — — €40m up front with €25m in add ons — is a blow to Mikel Arteta’s hopes of adding to his Arsenal squad in time for the opening of the winter transfer window on Jan . 1, but sources have told ESPN that Arsenal are the only team to have made a formal offer and negotiations between the two sides are continuing.

The 21-year-old has emerged as one of Europe’s most sought-after young players since becoming a first-team regular with Shakhtar at the start of last season.

Mudryk registered three goals and two assists for Shakhtar during the Champions League group campaign this season, in which they narrowly failed to qualify for the round of 16.

But with the club missing out on the financial boost of progressing for the knockout stages and the ongoing disruption caused by Russia’s invasion of Ukraine, Shakhtar are prepared to offload their star player in January.

Mudryk increased speculation linking him with a move to the Emirates by posting an Instagram video of himself watching Arsenal’s 3-1 win against West Ham on Monday, but sources have told ESPN that Shakhtar are prepared to wait for their valuation to be met.

Arsenal are keen to move swiftly in terms of adding reinforcements to Arteta’s squad due to forward Gabriel Jesus facing up to four months on the sidelines with a medial knee ligament injury sustained while on World Cup duty with Brazil.