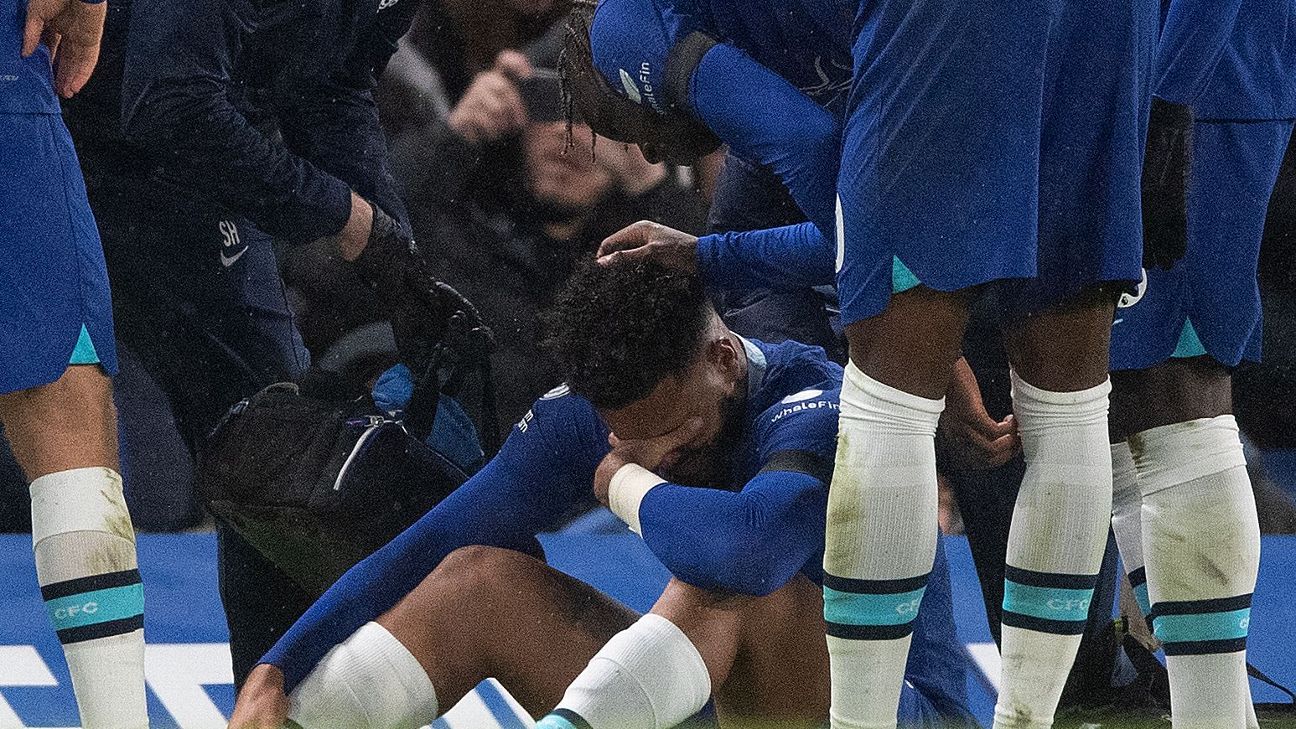 England right-back Reece James described 2022 as the “toughest year to date” on Wednesday after he picked up a fresh injury during Chelsea’s 2-0 win over Bournemouth in the Premier League.

“2022 has been the toughest year to date … It’s naturally effected [sic] me mentally, I’m currently just tryna deal with the cards I’ve been dealt,” James said on Twitter.

The 23-year-old underwent surgery after suffering a knee injury against AC Milan in the Champions League in October. That led to him missing the World Cup with England.

2022 has been the toughest year to date.

Just wanna thank you all for the support, none of you go unnoticed.

I hope your end of year is filled with peace, joy & happiness. 💙 pic.twitter.com/mu9pF5e09p

He felt discomfort in the same knee on Tuesday as he made his return to playing action and was substituted in the 53rd minute of the game against Bournemouth.

“It’s the same area, so we are concerned,” Chelsea boss Graham Potter said postmatch. “It’s really too soon [to tell]. We’ll have to see over the next 24-48 hours. He felt something there and we will have to find out the extent of it and keep our fingers crossed.

“He’s been really disappointed to miss the World Cup, of course. It was a huge blow to him. You could see today his quality and what he brings to the team. He is a world-class player. You see it from the outside but not until you work with him do you see how good he is.

“He could play in any team in the world, and any team would miss him. The plan was to play 60 minutes today so now he’s disappointed, of course. We hope it’s not as bad as it was and he can have a speedy recovery .”