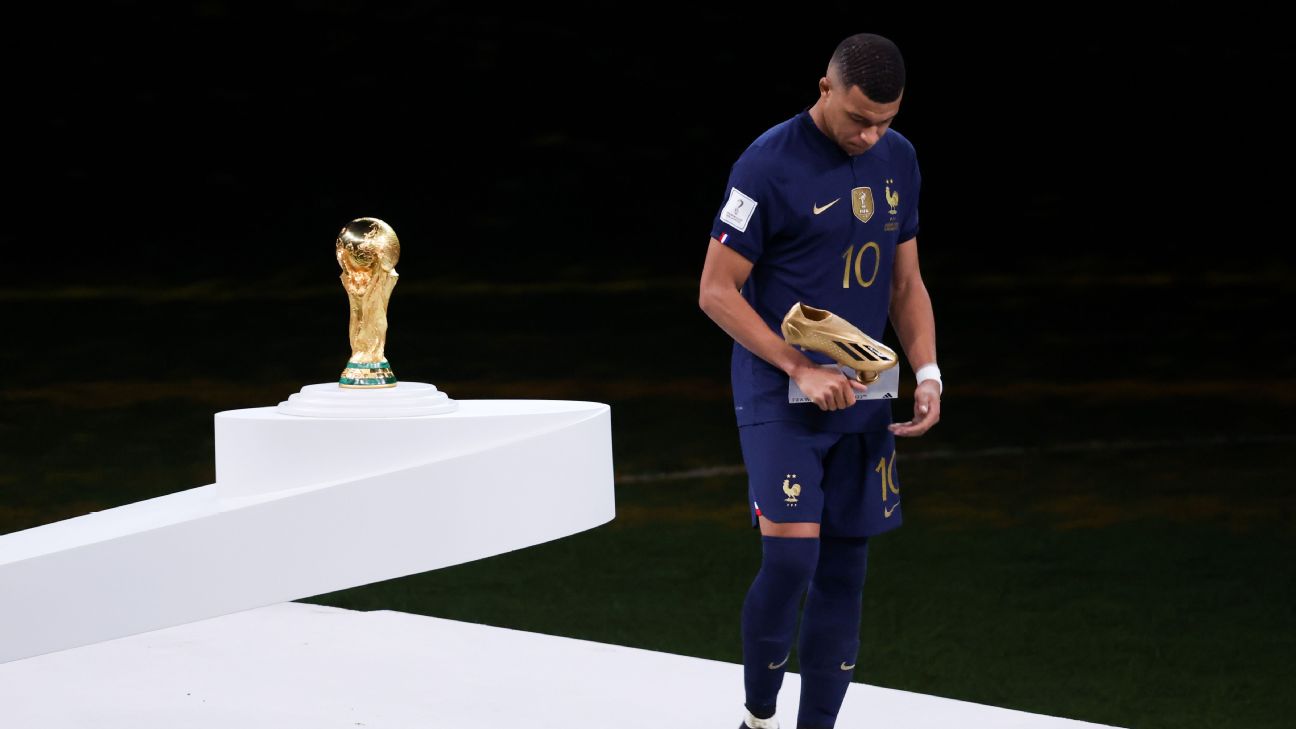 Mbappe scored a hat trick in the final but still found himself on the losing side as France were beaten on penalties after a thrilling 3-3 draw.

Martinez mocked Mbappe during Argentina’s celebrations, calling for a minute’s silence for the forward in the dressing room and holding a doll with his face on during the team’s open-top bus parade in Buenos Aires.

Aston Villa manager Unai Emery has said he will speak to the keeper about his actions, but Mbappe refused to be drawn on the subject after PSG’s 2-1 win against Strasbourg on Wednesday.

“The celebrations, they’re not my problem,” Mbappe said. “I don’t waste energy on such futile things.

“The important thing for me is to give the best of myself for my club, and we’ll wait for Leo [Messi] to come back to continue to score and win matches.”

Mbappe wasted little time in putting his World Cup disappointment behind him on Wednesday, scoring the 96th-minute penalty which gave PSG a narrow win against Strasbourg.

The 24-year-old said there were no hard feelings between him and club teammate Messi but admitted he was still processing the final.

“I talked with [Messi] after the match, I congratulated him,” Mbappe added. “It was the quest of a lifetime for him, for me also, but I failed, so you must always remain a good sportsman.

“Personally, I will never come to terms with it. My club are not responsible for this failure with the national team, I try to come back with the most positive energy possible.”