As another year comes to a close, Getty Images has once again trawled through the archive of sports photographs taken over the course of 2022 and produced a selection of the very best.

Presented as a review of the year, Getty has picked out a total of 100 defining images from athletics, motorsport, skiing, ice hockey, luge and even association football. Indeed, 10 of the photos have been picked out of the football sphere, from the Women’s European Championship to the Champions League.

The list does not feature any action from the men’s World Cup, but you can see our selection of the best images from Qatar. Nevertheless, the images chosen pay testament to the eye, artistry and timing of the photographers who follow the action week in, week out, come rain or shine. 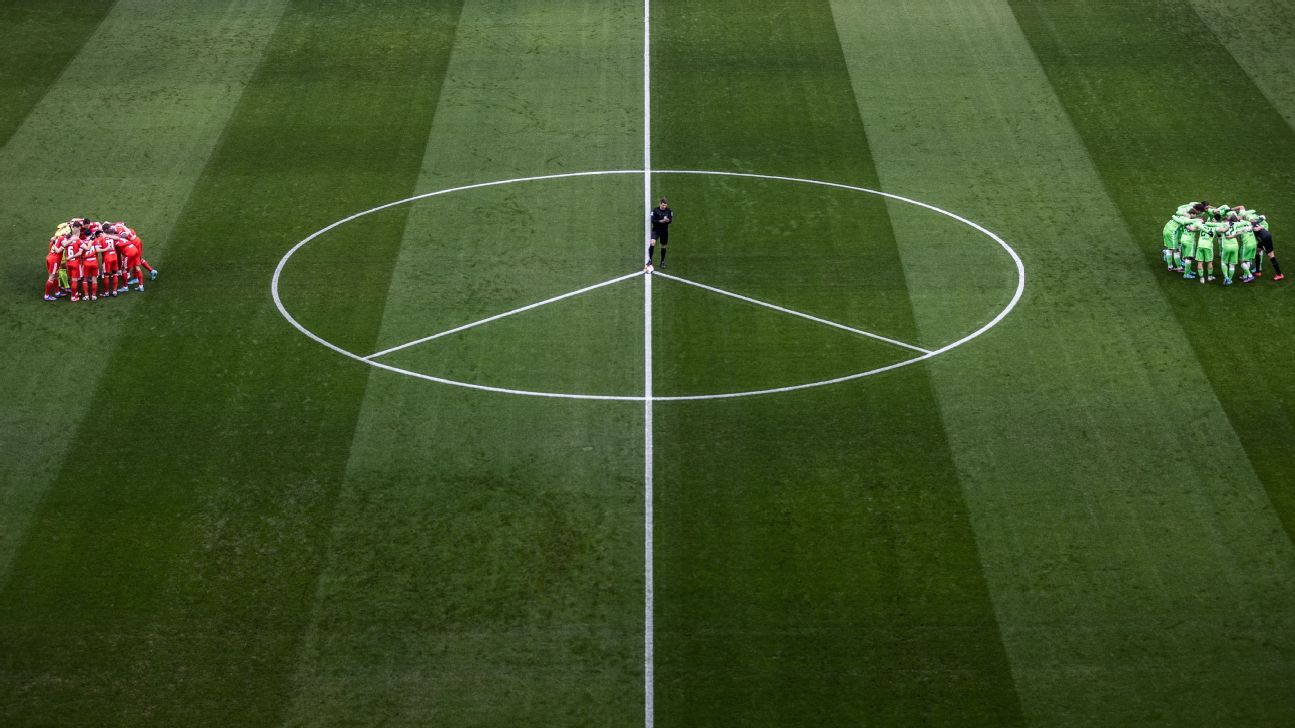 Wolfsburg and Union Berlin players huddle as a peace symbol is formed in the center circle at the Volkswagen Arena to show support and sympathy for the people of Ukraine following the recent invasion by Russia. (Boris Streubel/Bundesliga/Bundesliga Collection via Getty Images, March 5) 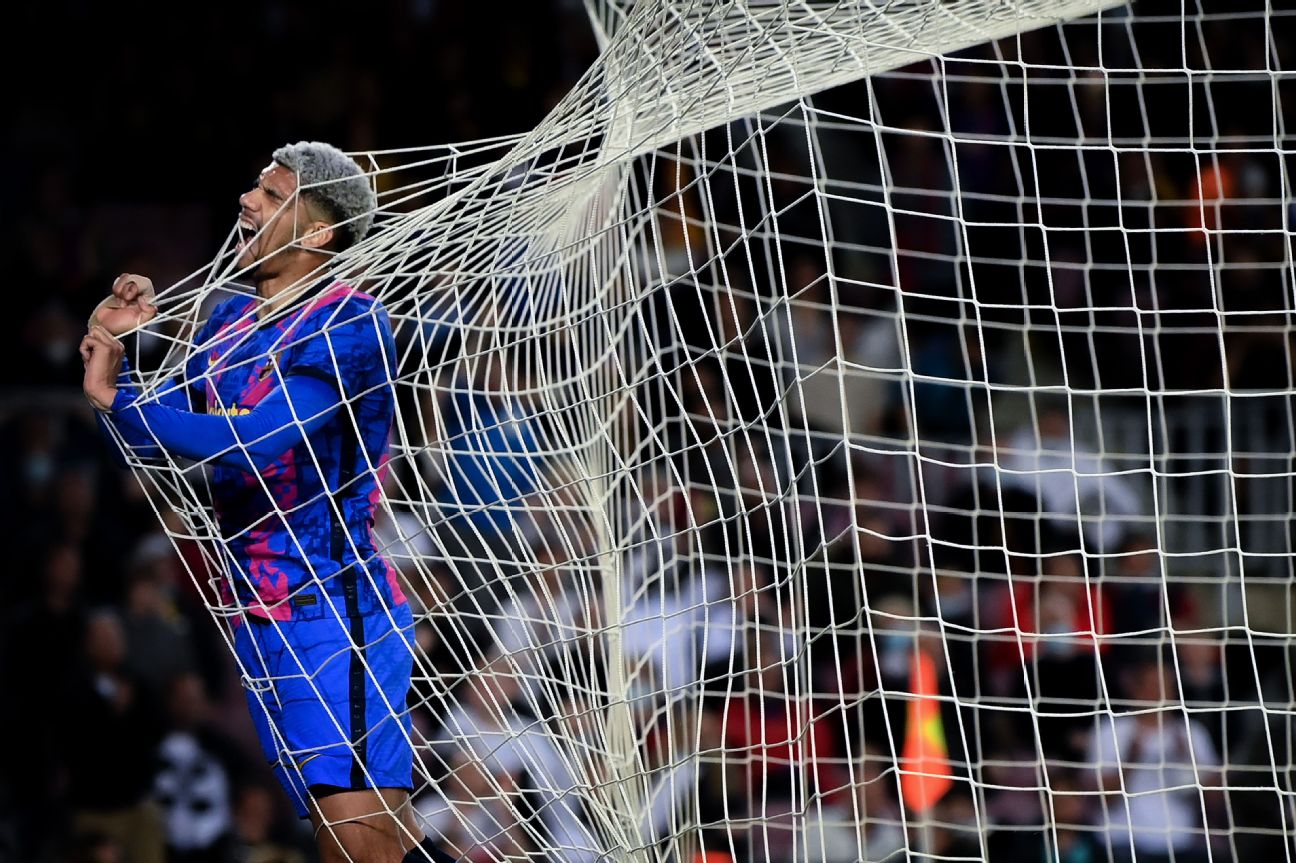 Barcelona’s Ronald Araujo winces in anguish after careering into the back of the net during the Europa League quarterfinal second leg against Eintracht Frankfurt at Camp Nou. The Catalans were eliminated 4-3 on aggregate. (David Ramos/Getty Images, April 14) 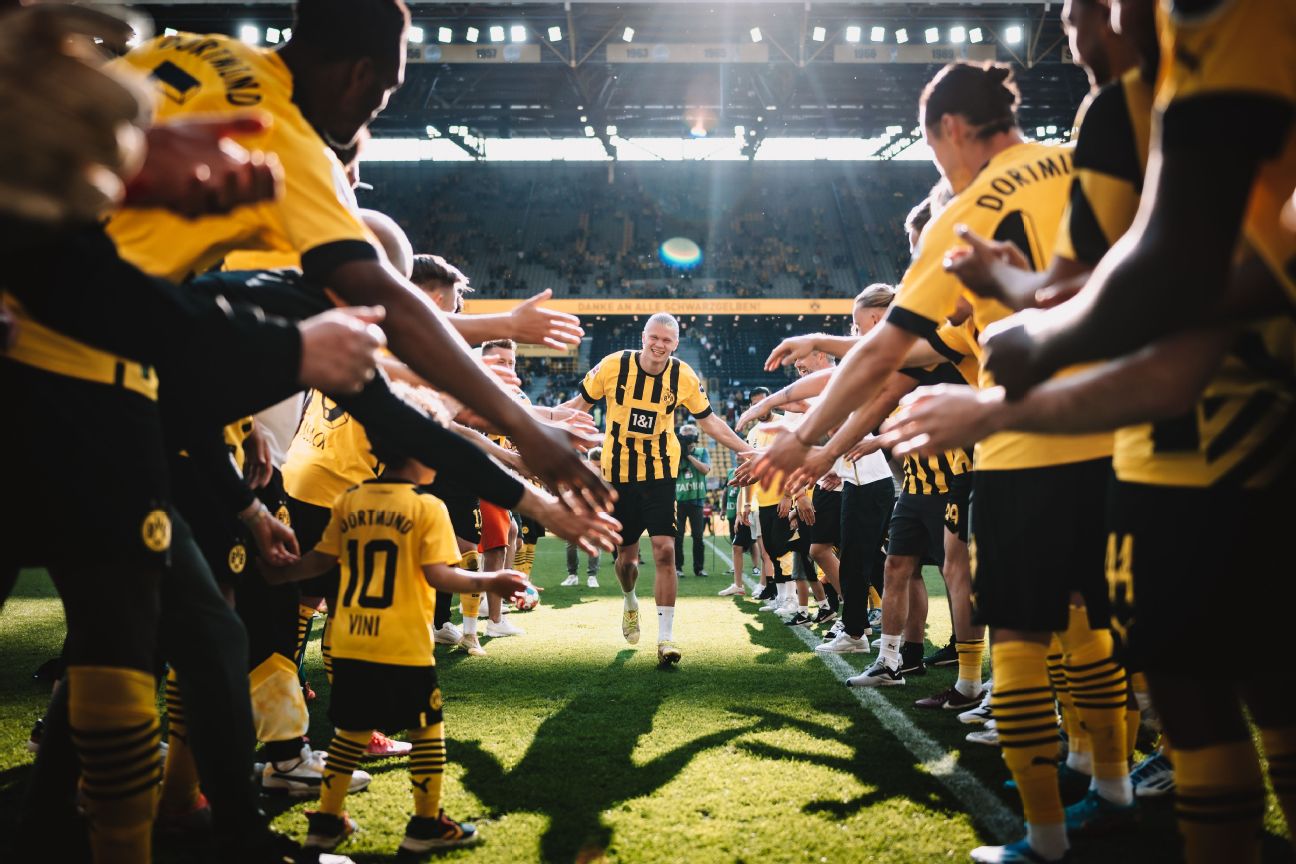 Erling Haaland is applauded off the pitch by his Borussia Dortmund teammates after what was to be the Norwegian striker’s final game for the club before joining Manchester City. (Alexander Scheuber/Bundesliga/Bundesliga Collection via Getty Images, May 14) 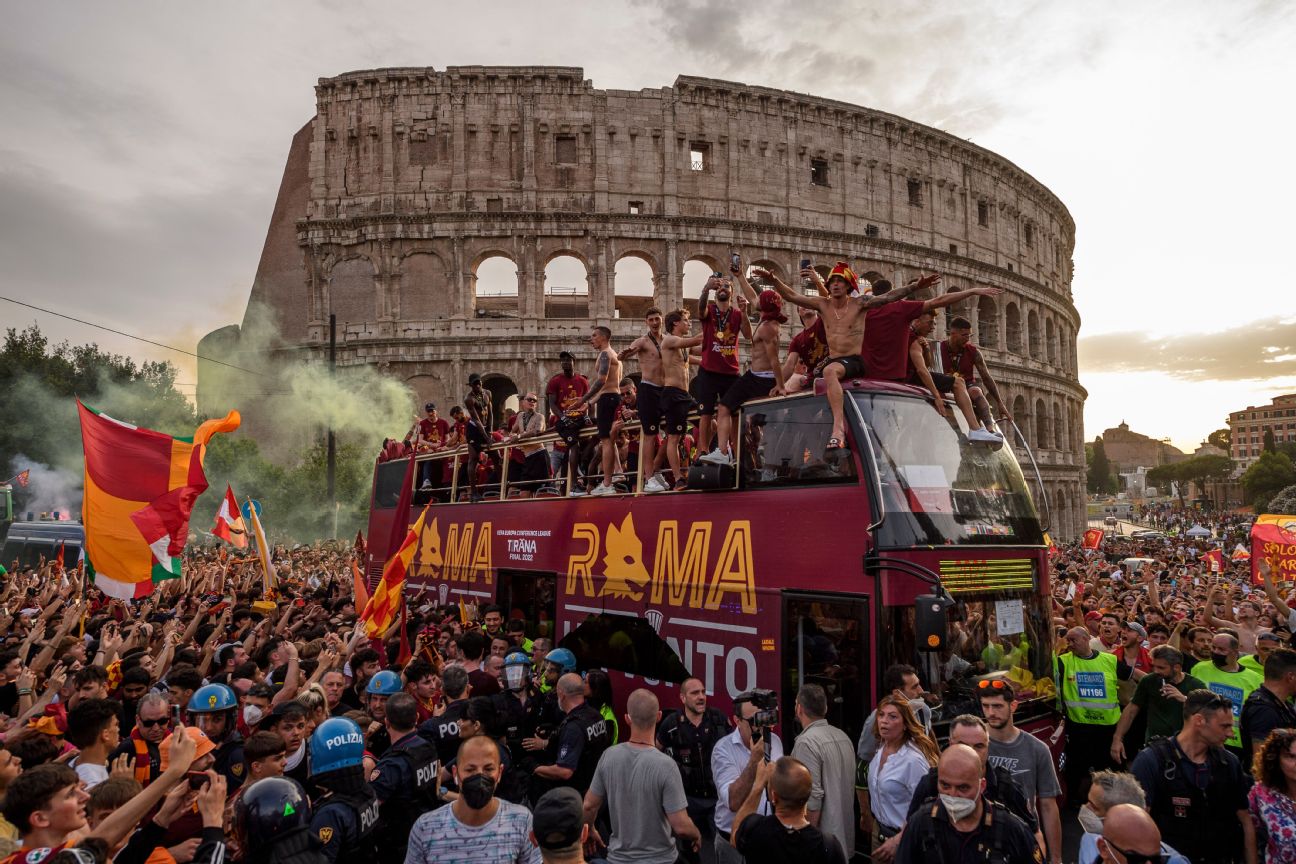 Fans crowd the streets of Rome around the Colosseum as AS Roma’s open-top victory parade winds slowly through the Italian capital to celebrate Jose Mourinho’s side winning the inaugural UEFA Conference League. (Antonio Masiello/AS Roma via Getty Images, May 26) 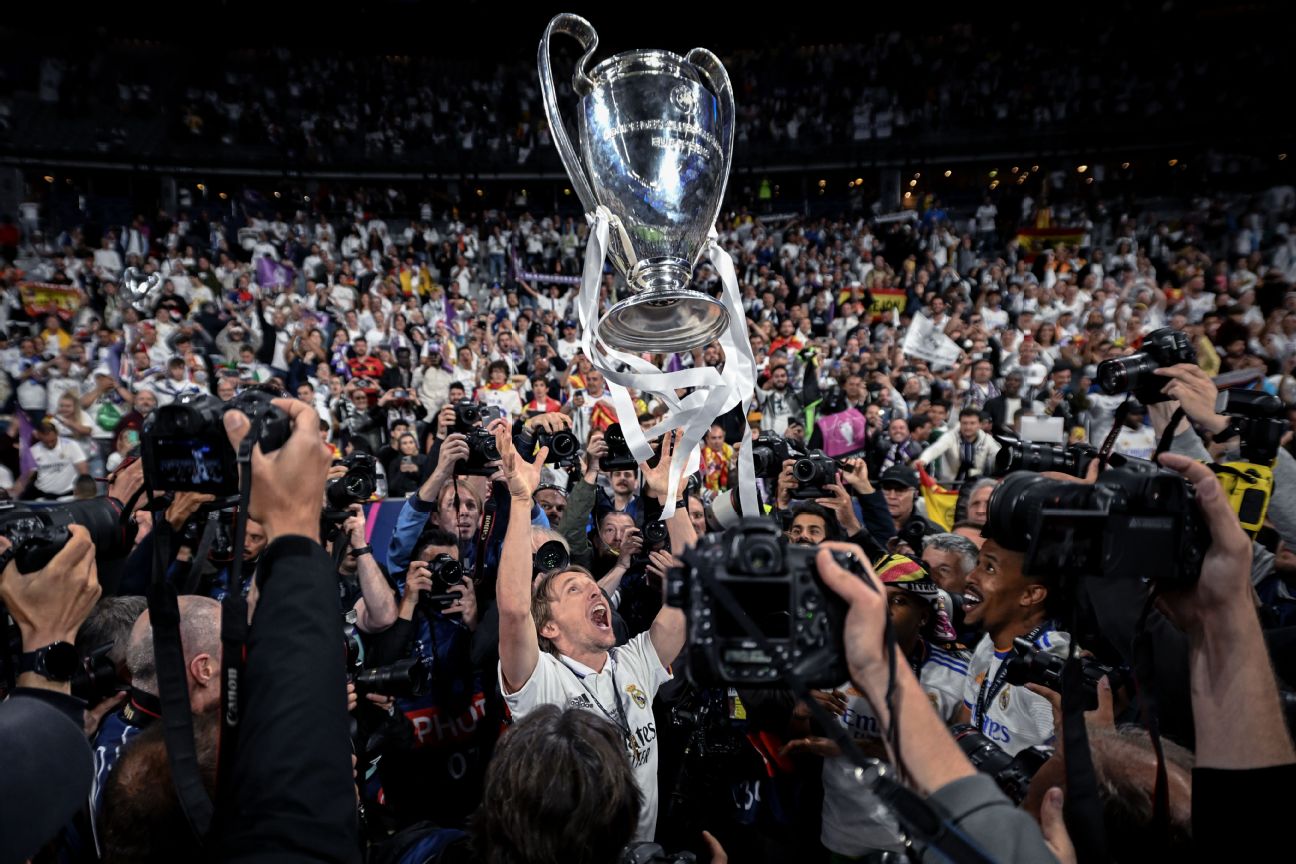 Luka Modric hurls the Champions League trophy into the air as he celebrates winning his fifth European title with Real Madrid. The whites beat Liverpool 1-0 in the final at the Stade de France in Paris. (David Ramos/Getty Images, May 28) 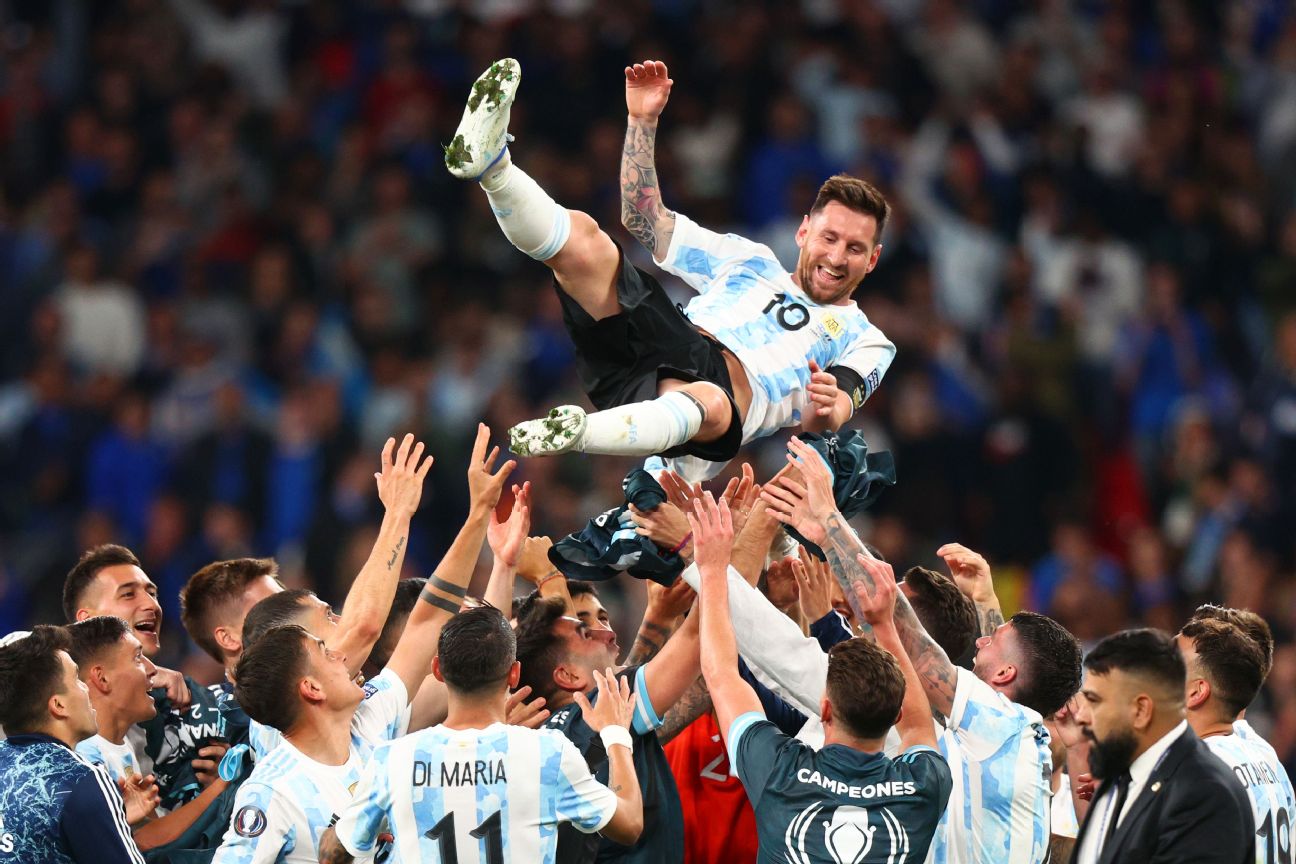 Having ended his international trophy drought the previous year by winning the 2021 Copa America, Lionel Messi celebrates his second title with Argentina after beating Italy at Wembley in the 2022 Finalissima — the intercontinental match between the champions of Europe and South America. It is a foreshadowing of more celebrations to come later in the year in Qatar. (Clive Rose/Getty Images, June 1) 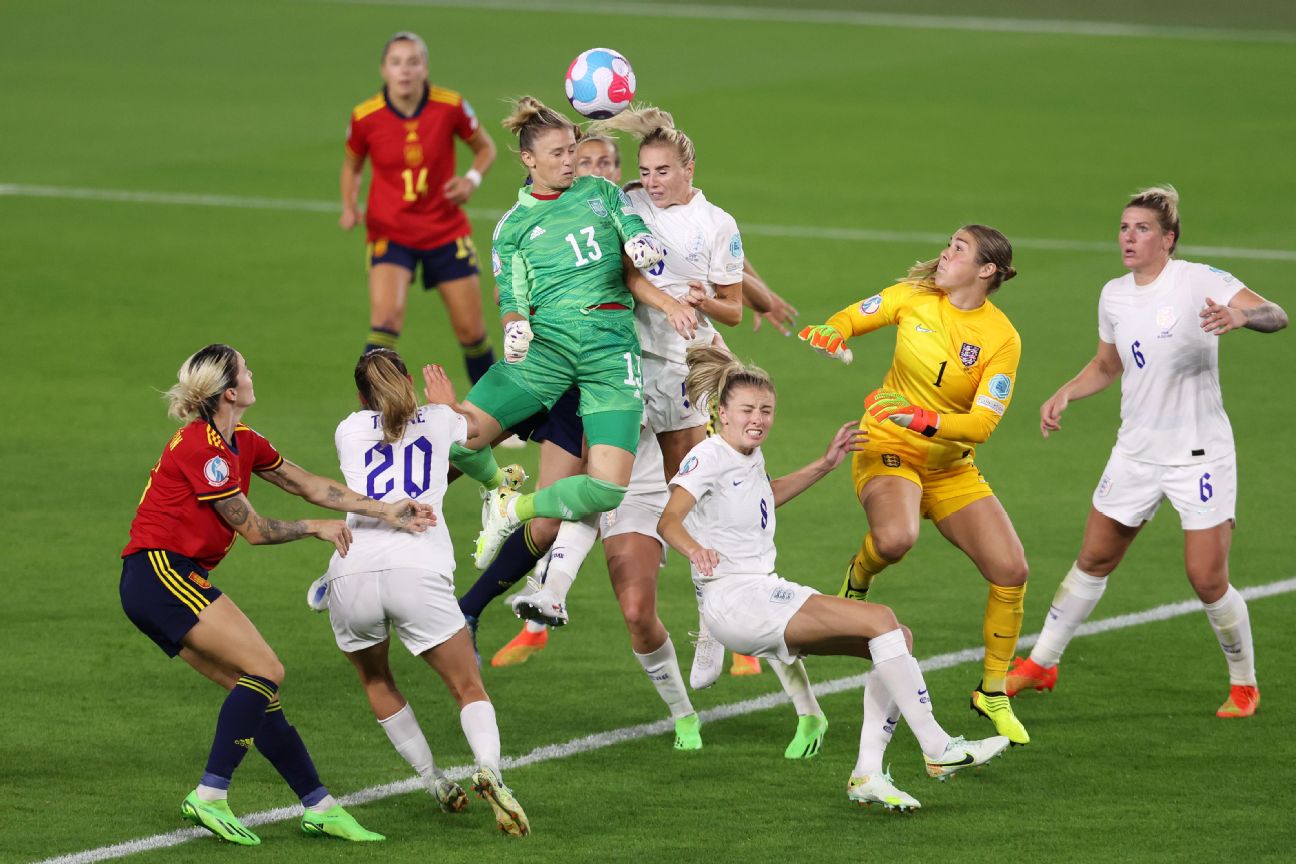 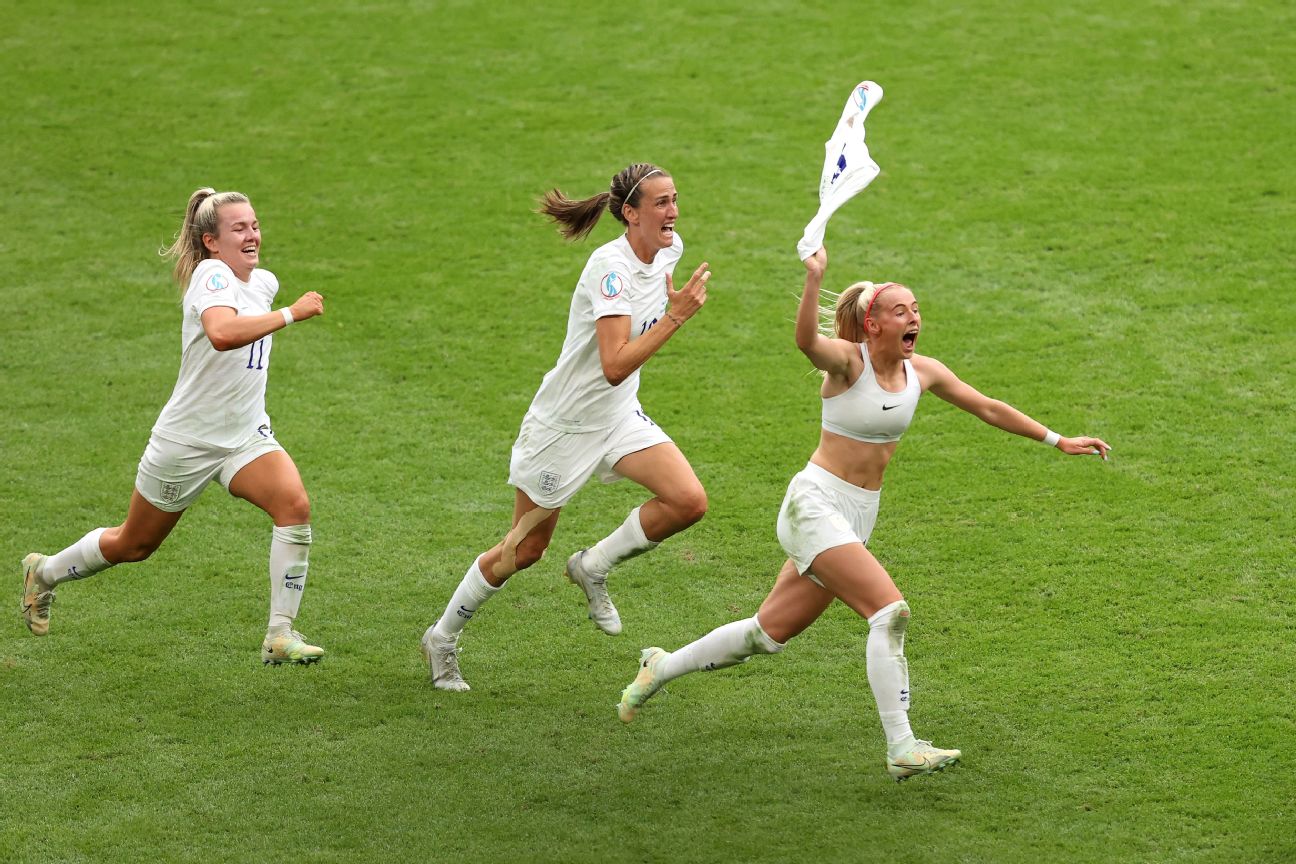 Chloe Kelly twirls her jersey above her head after scoring England’s 110th-minute winning goal against Germany in the Euro 2022 final. The Lionesses bought football home by becoming the first England national team to win a major trophy since the men’s side claimed the Jules Rimet trophy at the 1966 World Cup. (Julian Finney – The FA/The FA via Getty Images, July 31) 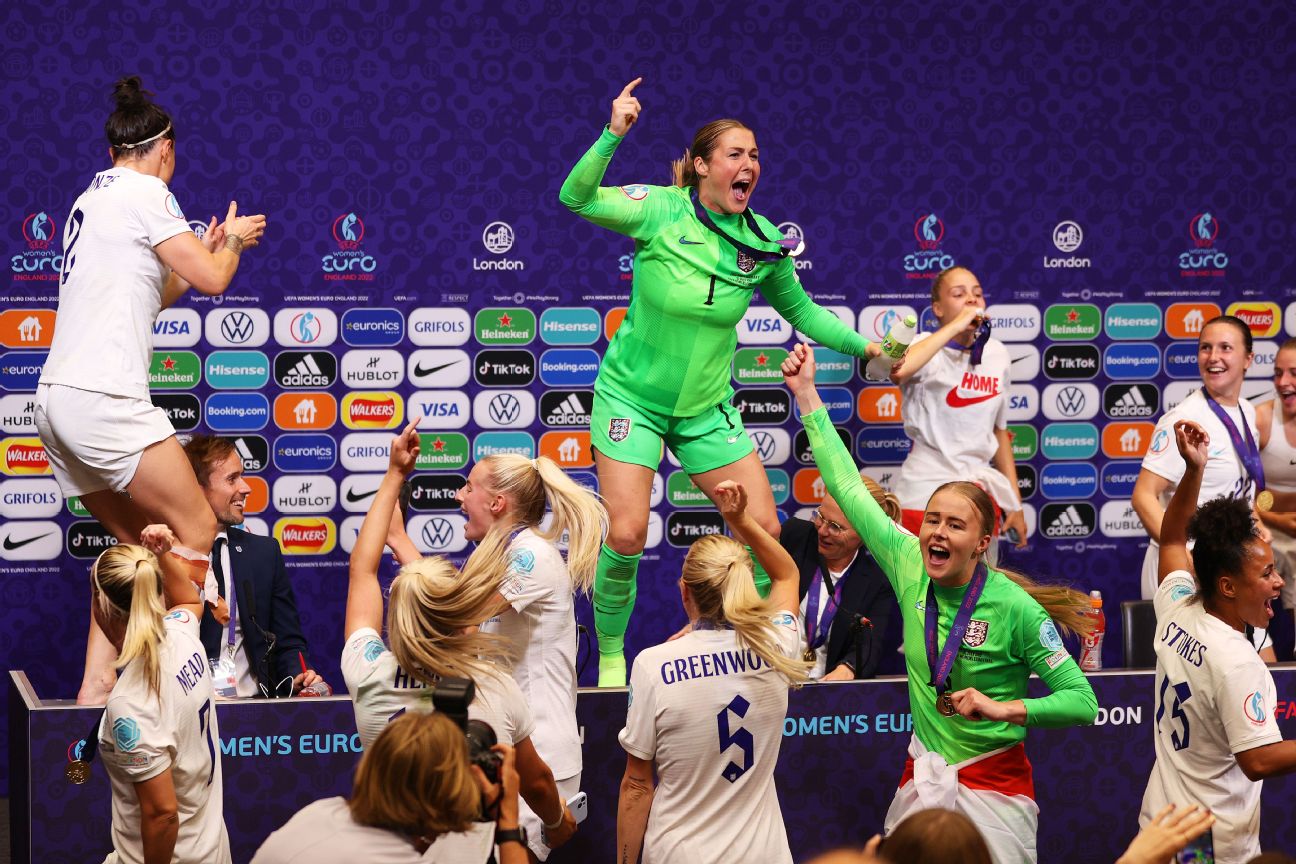 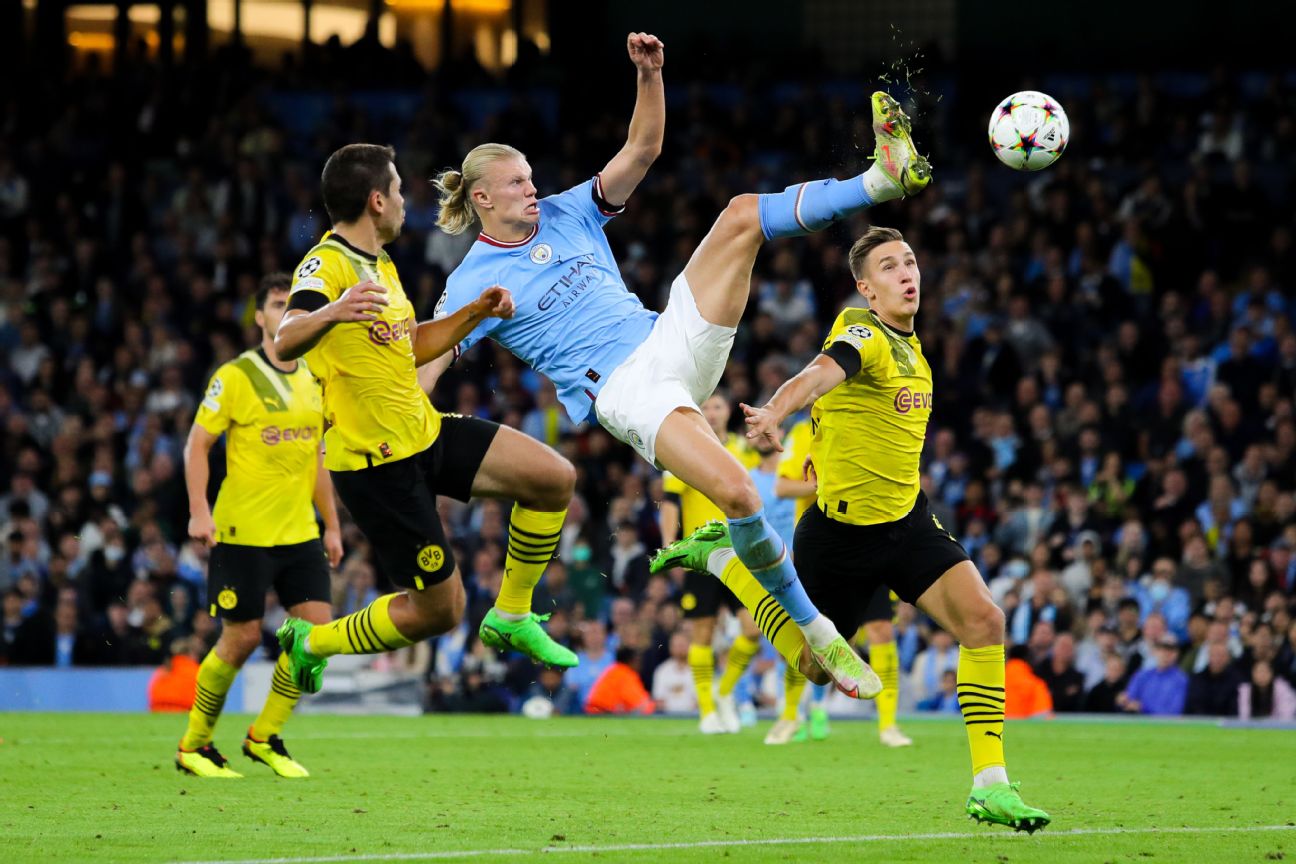 Erling Haaland returns to haunt former club Borussia Dortmund by scoring a monstrous acrobatic volley for Manchester City in a 2-1 victory for the English side during the Champions League group stage. (James Gill – Danehouse/Getty Images, Sept. 1)