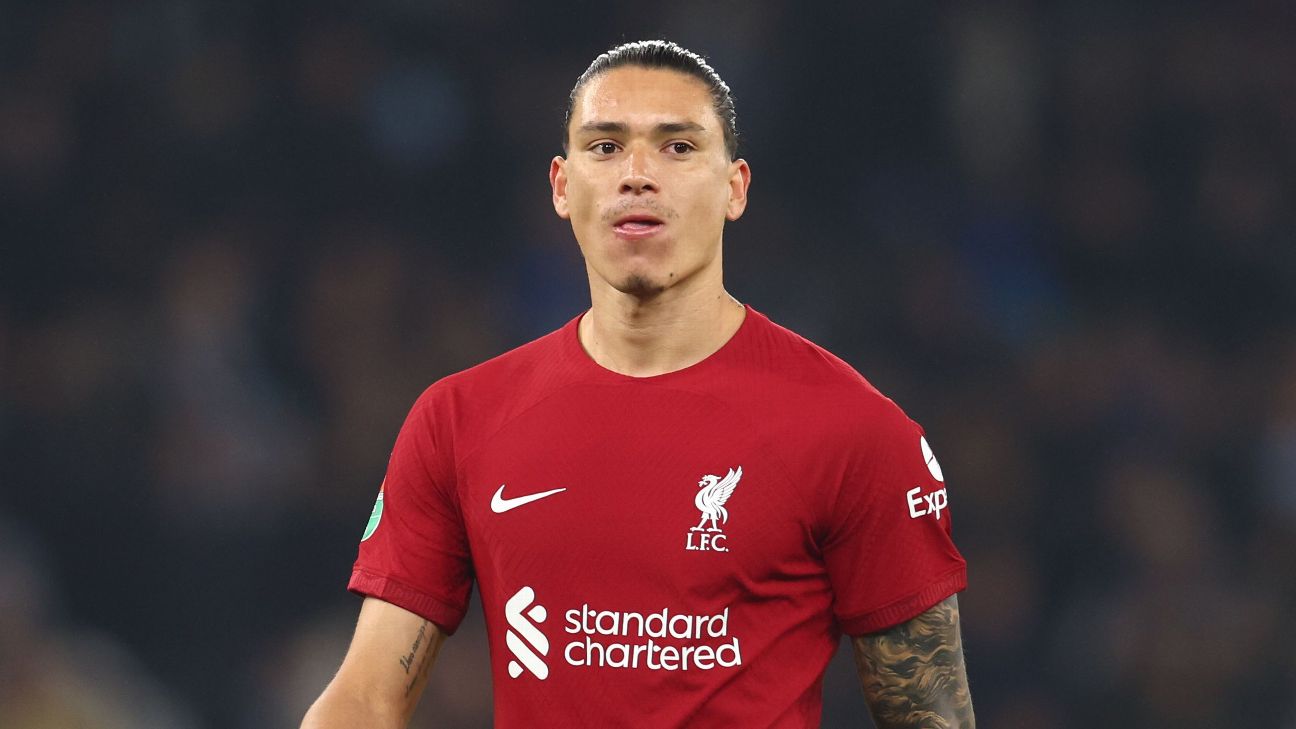 Liverpool boss Jurgen Klopp has said Darwin Nunez reminds him of Robert Lewandowski at the start of his career and insisted he is staying “calm” when it comes to the Uruguay striker’s progress.

Nunez has endured a mixed start to his Anfield career since signing from Benfica in the summer, scoring nine goals in 20 games across all competitions but also misfiring when presented with some big chances.

Klopp dismissed the idea he had any doubts about the 23-year-old, however, comparing him to Lewandowski after he joined Borussia Dortmund under the German manager in 2010.

“There are a lot of similarities to be honest,” Klopp said.

“I think Lewy would tell the same story. We had shooting sessions where he didn’t finish off one. We had bets all the time for €10 — ‘If you score more than 10 times, I will pay you 10, if you don’t, you have to pay me.’ My pocket was full of money!

“It’s all about staying calm. When you see the potential, stay calm.”

Lewandowski scored 103 goals in 187 games for Dortmund and helped them win two Bundesliga titles before keeping up his impressive goalscoring record at Bayern Munich and moving to Barcelona earlier this year.

Nunez has failed to find the target in Liverpool’s two games since the World Cup break — against Manchester City in the Carabao Cup and against Aston Villa in the Premier League — but Klopp backed him to succeed in the same way as Lewandowski.

“I think we all agree that the potential is so obvious,” Klopp added.

“I think it’s clear when you see the second chance, the big chance in the second half [against Aston Villa]he can run a little bit on an angle and then he has a free choice, all these kind of things.

“But it is all coming. You do it like this, the next time you do it like that. I had this situation with Lewy but it is not only Lewy. He is the obvious comparison, I understand.

“It’s just about staying calm and I am super calm. The team is calm as well, the team is completely convinced and that’s really cool.”