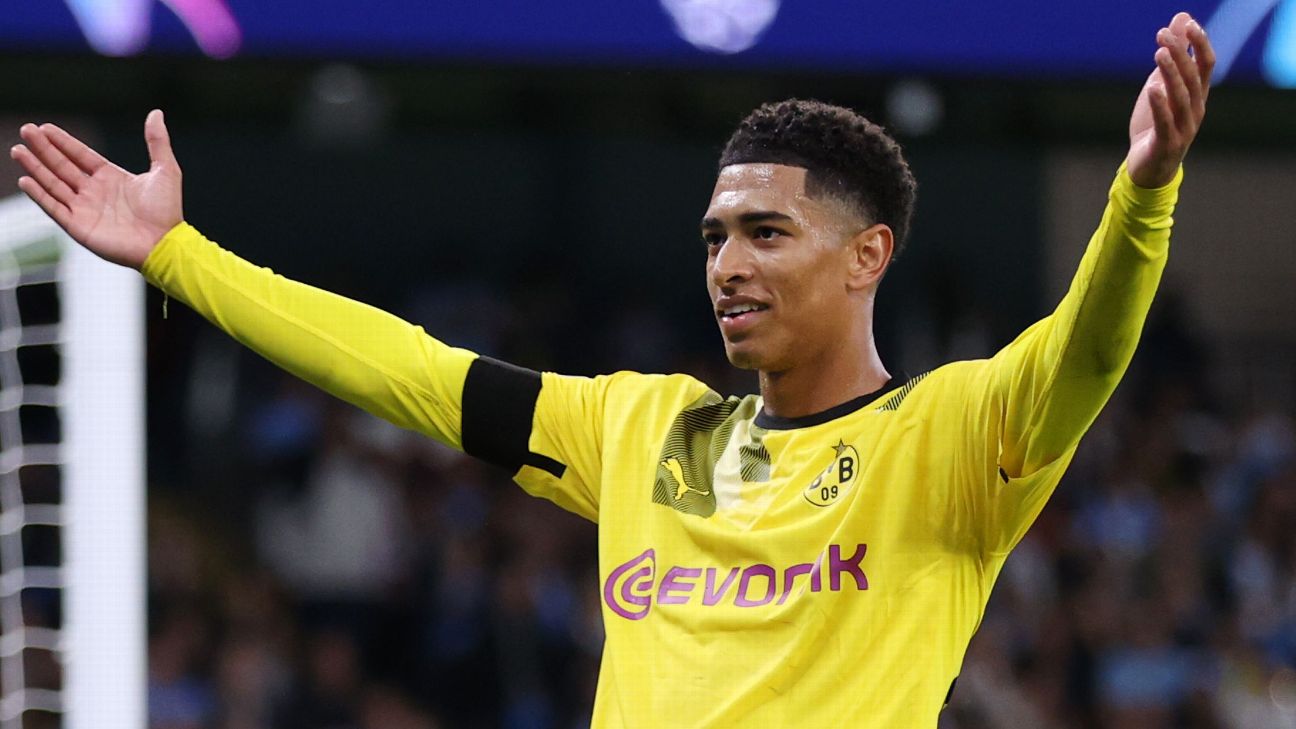 Real Madrid are ready to make an offer of more than €100 million to sign Borussia Dortmund midfielder Jude Bellingham and are confident they will be able to speed up transfer talks in January, sources have told ESPN.

The LaLiga giants view the England international, 19, as a priority signing for next season but are aware of competition from Manchester City, Manchester United, Chelsea and, above all, Liverpool.

In November, sources told ESPN that while Liverpool were leading the race to land Bellingham, Madrid believed they were still well positioned to win the battle for the teenager’s signing.

Since then, Bellingham’s outstanding performances for England at the World Cup have increased his value even further — but sources have told ESPN that Madrid are unwilling to make what they would view as a “crazy” offer to sign him.

Madrid would view a €100m fee as a sensible figure and hope that the good relationship between club president Florentino Perez and Dortmund CEO Hans-Joachim Watzke could help clinch the deal.

Conversations between Madrid executives and the player’s entourage have also remained positive, sources said, and the club are confident that the long-term work they have put in to convince both Dortmund and the player will eventually bear fruit.

Madrid beat Liverpool to the signing of Aurelien Tchouameni last summer and hope to do the same with Bellingham, who they see as the ideal midfield addition to play alongside the France international, Eduardo Camavinga and Federico Valverde.

Coach Carlo Ancelotti is still a fan of Luka Modric and Toni Kroos, but Modric is now 37, while Kroos — who turns 33 next week — has said he is still considering whether to retire this summer.