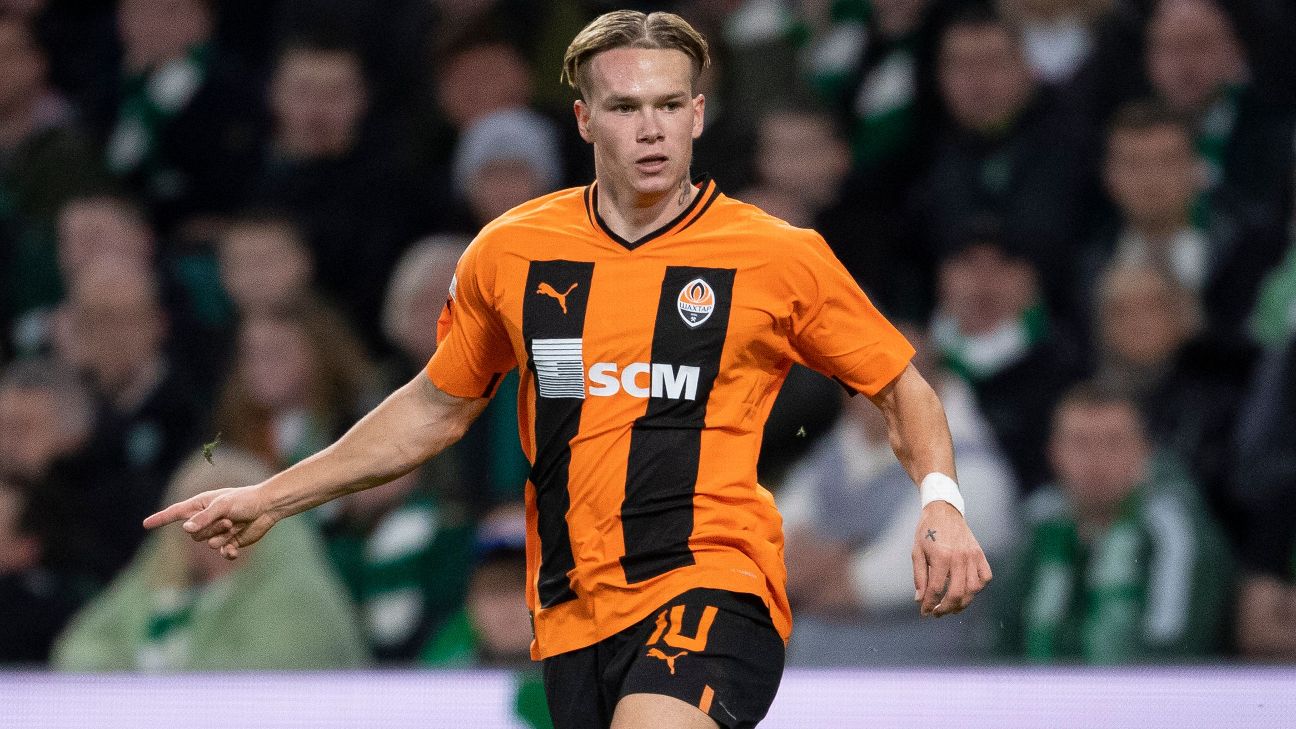 Chelsea have entered the race to sign Shakhtar Donetsk winger Mykhailo Mudryk and could thwart Arsenal’s attempt to sign the highly rated Ukraine international, sources at Shakhtar have told ESPN.

Premier League leaders Arsenal had a €60 million (£53m) bid for Mudryk rejected last week and sources have said that the Gunners have returned with a second offer in an effort to force a deal through.

But with Arsenal unwilling to meet Shakhtar’s €100m (£88m) valuation of the 21-year-old, Chelsea have now opened talks with the club in an effort to negotiate a deal for the player.

Sources have said that Chelsea will hold further talks with Darijo Srna, Shakhtar’s director of football, in London later this week.

Chelsea have spent £274m on new players since being taken over by a US consortium led by Los Angeles Dodgers co-owner Todd Boehly last summer and are close to breaking the £300m barrier with an agreement in place to complete a £33.6m deal for AS Monaco’s Benoit Badiashile.

The club are also hoping to sign Benfica midfielder Enzo Fernandez, the Argentina World Cup winner, in a deal which could cost £114m.

But while sources have said that Arsenal are still determined to complete a deal for Mudryk, Chelsea’s attempt to hijack their bid has raised the prospect of the player’s valuation being inflated further and potentially pricing Arsenal out of the market.