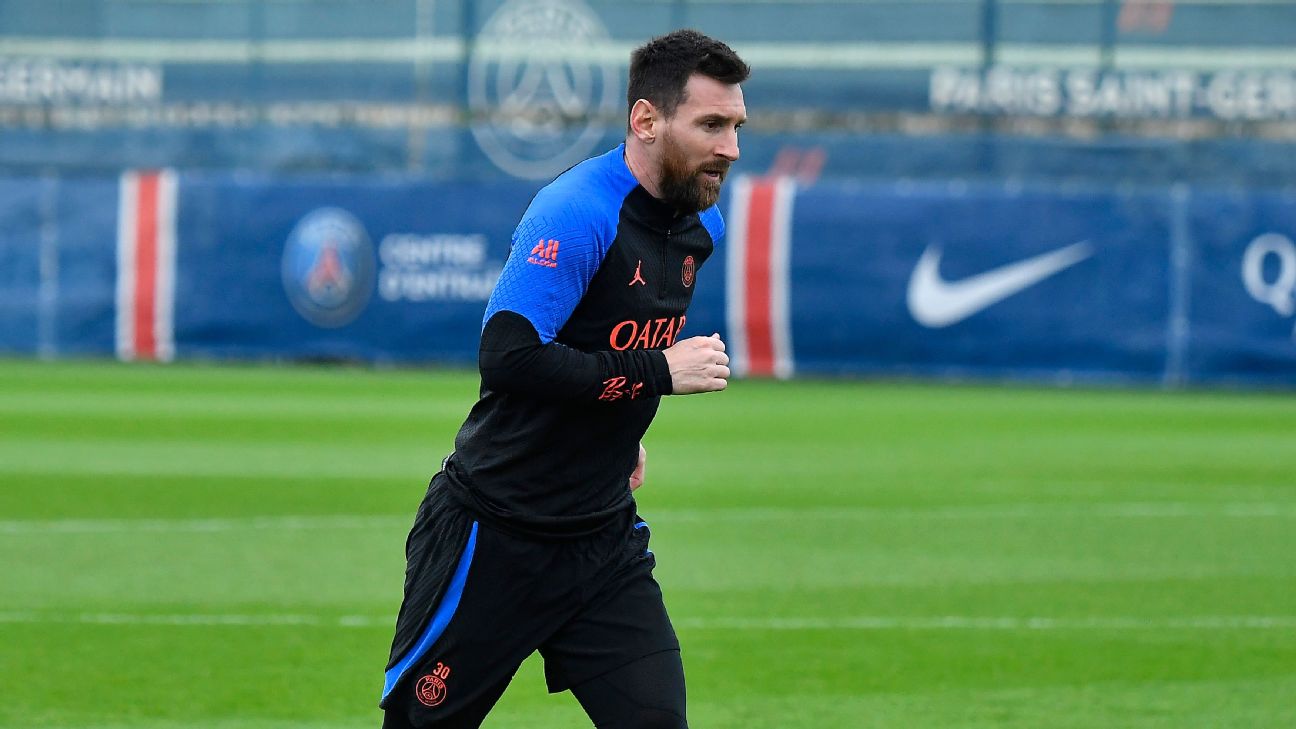 Lionel Messi was given a guard of honor as he returned to Paris Saint-Germain training on Wednesday for the first time since lifting the 2022 World Cup with Argentina.

Messi was flanked by his PSG teammates and clapped onto the training pitch, weeks after he scored twice in the final in Qatar to win his maiden World Cup title as they beat France 4-2 on penalties following a thrilling 3-3 draw.

Kylian Mbappe, who netted a hat trick in the final, returned to PSG days after the final but was not present on Wednesday. PSG head coach Christophe Galtier previously denied suggestions of a rift between the pair.

Messi’s first chance at a return comes in a French Cup round-of-16 tie against Chatearuroux on Friday before the side host Angers on Wednesday in Ligue 1.

He has 12 goals and 14 assists for PSG in all competitions this season.

ESPN reported on Dec. 22 that Messi has agreed to stay at PSG next season but was yet to begin talks over a new deal. His contract at the Parc des Princes expires in June.

Sources told ESPN that Messi had not received any offers from any other club, despite speculation linking him with a move to Major League Soccer side Inter Miami or a return to Barcelona.