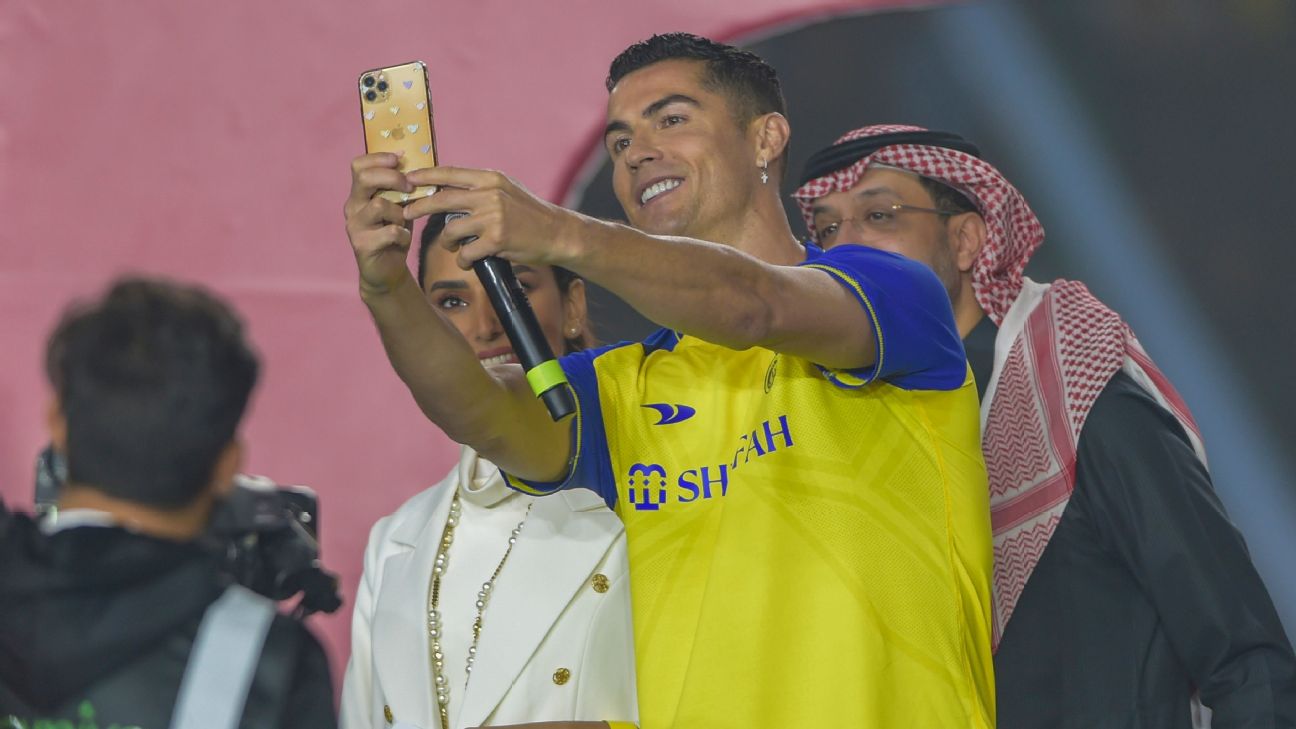 While Saudi Arabian side Al Nassr signed 37-year-old legend Cristiano Ronaldo primarily to deliver success on the pitch, the arrival of one of the most famous sportsmen on the planet has unsurprisingly coincided with an enormous swell in the club’s social media following.

Ronaldo left Manchester United on a free transfer in November and signed a 2½-year deal worth $75 million a year at Al Nassr. He was unveiled in Riyadh three days ago, since when Al Nassr have seen their Instagram follower count rocketed up from 853k to well above the 10 million mark.

In fact, at current count, the club can boast 10.2 million followers on the platform — which is more than every English Premier League club outside the traditional Big Six.

The growth was sparked by a collaborative post between Al Nassr and Ronaldo himself to formally announce the transfer on Dec. 30, which received 33.6 million likes and thus became Ronaldo’s third most-liked Instagram post ever, as well as the eighth most-liked post ever shared on the social media site.

Ronaldo has yet to make his debut for Al Nassr as he completes a two-match suspension imposed by the English Football Association in November for knocking a phone out of an Everton fan’s hand after a game with Manchester United at Goodison Park last season. But already he has helped them score an early victory over Saudi rivals Al Hilal, who had previously been the most-followed club in the Middle East with 3.6 million followers on Instagram.

Perhaps the impressive scale of Ronaldo’s social media impact shouldn’t come as too much of a shock given that the Portugal international is the most-followed person on Instagram, with almost 530 million followers to his name.

However, it’s strange to think that the Saudi club can now boast more Instagram followers than the likes of established European heavyweights such as Napoli (3.3m), Ajax (7.9m), Marseille (2.6m) and Inter Milan (8.8m.)

Al Nassr are certainly capitalizing on their new superstar when it comes to their social media output, with 29 of their 37 most recent posts featuring Ronaldo front and centre. You can hardly blame the club for hyping him up but we can’t help but feel slightly sorry for the other players in Rudi Garcia’s squad.