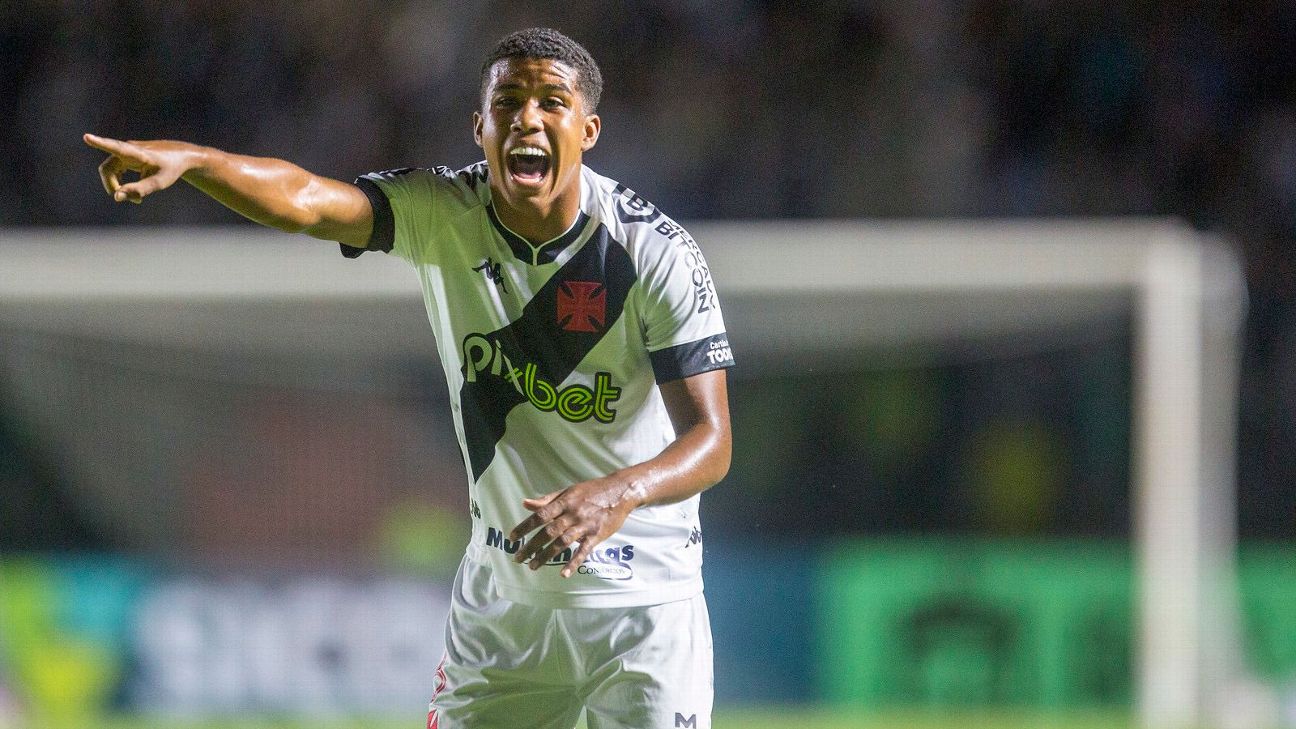 Chelsea have completed the signing of Vasco da Gama midfielder Andrey Santos, with sources telling ESPN the fee is in the region of £18 million.

Santos, 18, has agreed a long-term contract at Stamford Bridge in a move announced by the Brazilian club on Friday.

“Born in the youth ranks of Gigante da Colina, the midfielder will defend the colors of Chelsea, from England, in the coming seasons. The youngster will end his first spell at the club from Sao Januario at the age of 18 with 38 appearances and eight goals.”

– Notebook: The inside stories from world football

He becomes Chelsea’s third summer signing after defender Benoit Badiashile arrived in a £34m transfer from Monaco and their acquisition of striker David Datro Fofana from Molde for £10.5m.

Santos scored eight goals in 38 games for Vasco and has already been capped at under-20 level by Brazil.

The club statement continued: “In Sao Januario since 2011, Andrey Santos started his career in futsal and it didn’t take long to become the main reference of the 2004 Generation.

“In 2021, after debuting in a Carioca Championship match, Andrey Santos became the youngest player to ever play for Vasco da Gama in the 21st Century, leaving behind names like Talles Magno, Paulinho and Philippe Coutinho. The definitive promotion of Andrey Santos to the professional ranks, however, only happened last season, during the dispute of the Brazilian Championship.”

Chelsea are 10th in the Premier League table and have scored the least amount of goals in the top 10.