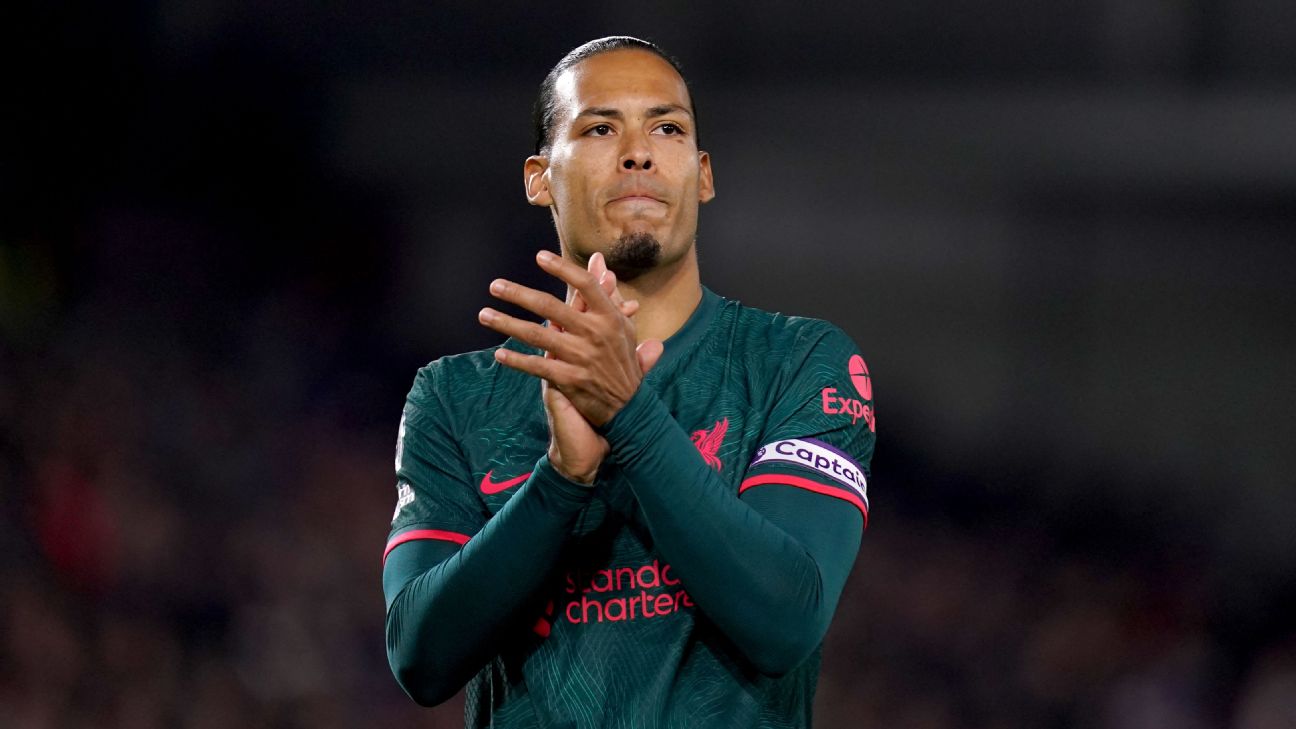 Liverpool defender Virgil van Dijk will be out for “more than a month” with a hamstring injury as he suffers a fresh injury blow, manager Jurgen Klopp said on Friday.

Van Dijk sustained the injury in Liverpool’s 3-1 defeat to Brentford on Monday and was substituted at half-time.

“Virgil was a surprise to us. It was a big blow,” Klopp added in a news conference on Friday.

“He didn’t feel a lot. I took him off, it wasn’t clear that maybe he would have tried [to play on]. The diagnosis was pretty harsh. We talk about weeks, more than a month, but I hope it goes quickly. I hope it goes quickly, we’ll have to see. For now he’s not available, that’s how it is and we have other centre-halves.

“Everything is okay for the team but for Virgil it’s hard for him. He’s played an incredible amount of games over the years. We cannot use him on the pitch but off the pitch we will do that.”

Liverpool are in sixth place in the Premier League, seven points behind fourth-place Manchester United.

Klopp’s side host Wolves in the FA Cup third round on Saturday before a trip to Brighton in the Premier League next weekend.

Meanwhile, Liverpool will enjoy the addition of new signing Cody Gakpo, and Klopp said he has been impressed with the winger in his first days of training.

“Cody has been in for two full training days and is a joy to watch to be honest,” Klopp said. “In our situation, it’s really nice to have a player who is pretty natural in a lot of things and knows where the goal is. He is obviously full of joy, enjoying each second at the moment.”