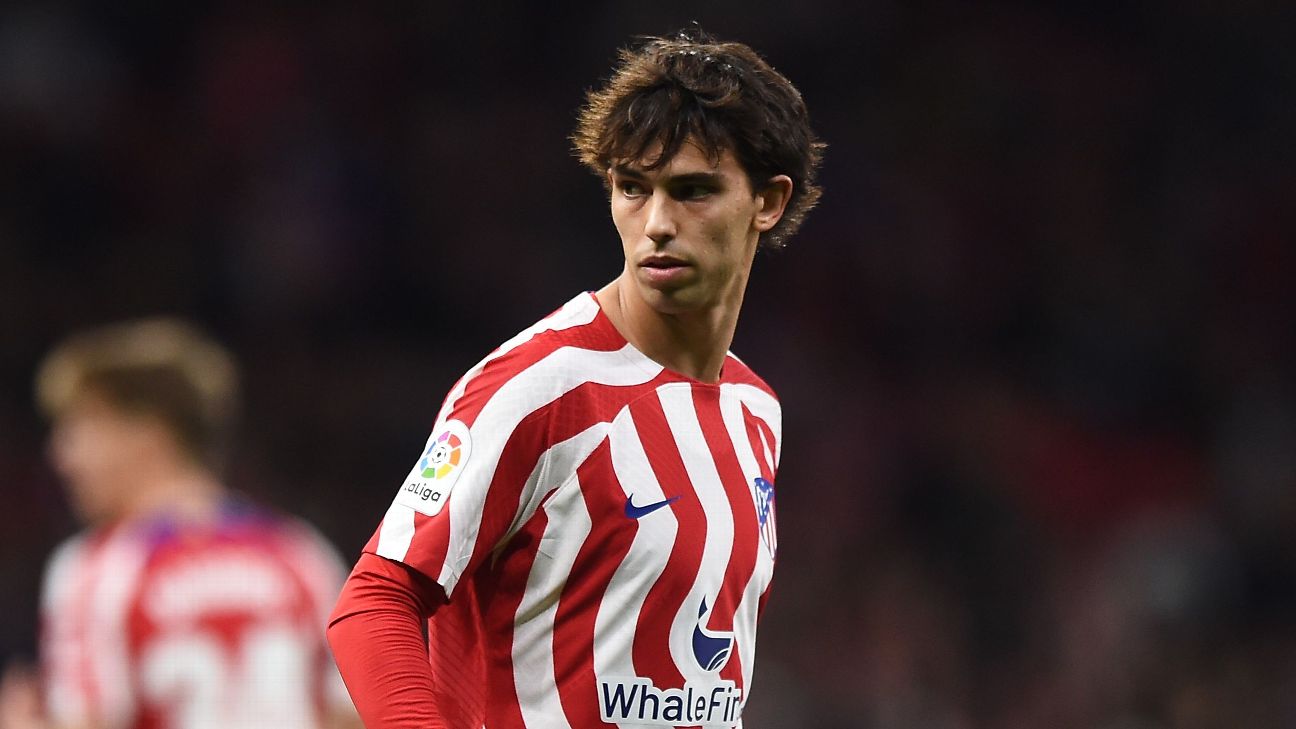 Chelsea have completed the signing of forward Joao Felix on loan from Atletico Madrid, the club announced on Wednesday.

Sources told ESPN the deal’s initial loan fee is in the region of £11 million. Arsenal and Manchester United were both offered Felix but were unwilling to meet Atletico’s financial demands.

Felix told the club’s official website: “Chelsea is one of the great teams in the world and I hope to help the team reach their objectives, so I am very, very happy to be here and very excited to play at Stamford Bridge.”

Felix, 23, joins as Chelsea continue to struggle in front of goal, having scored the fewest goals in the Premier League top half.

The forward becomes the fourth signing at Stamford Bridge this month following the arrivals of Benoit Badiashile from AS Monaco, Andrey Santos from Vasco da Gama and David Datro Fofana from Molde.

Felix began his career at Benfica, where he quickly became a phenom, making his senior debut in 2018.

In July 2019, Atletico signed Felix for a club-record €126m — Atletico chief executive Miguel Angel Gil Marin said in December it was the “biggest bet” the club has ever made — but the forward struggled to make a significant impact.

He has scored 34 times in 131 games for Atlético — including five goals in 20 games in all competitions this season.