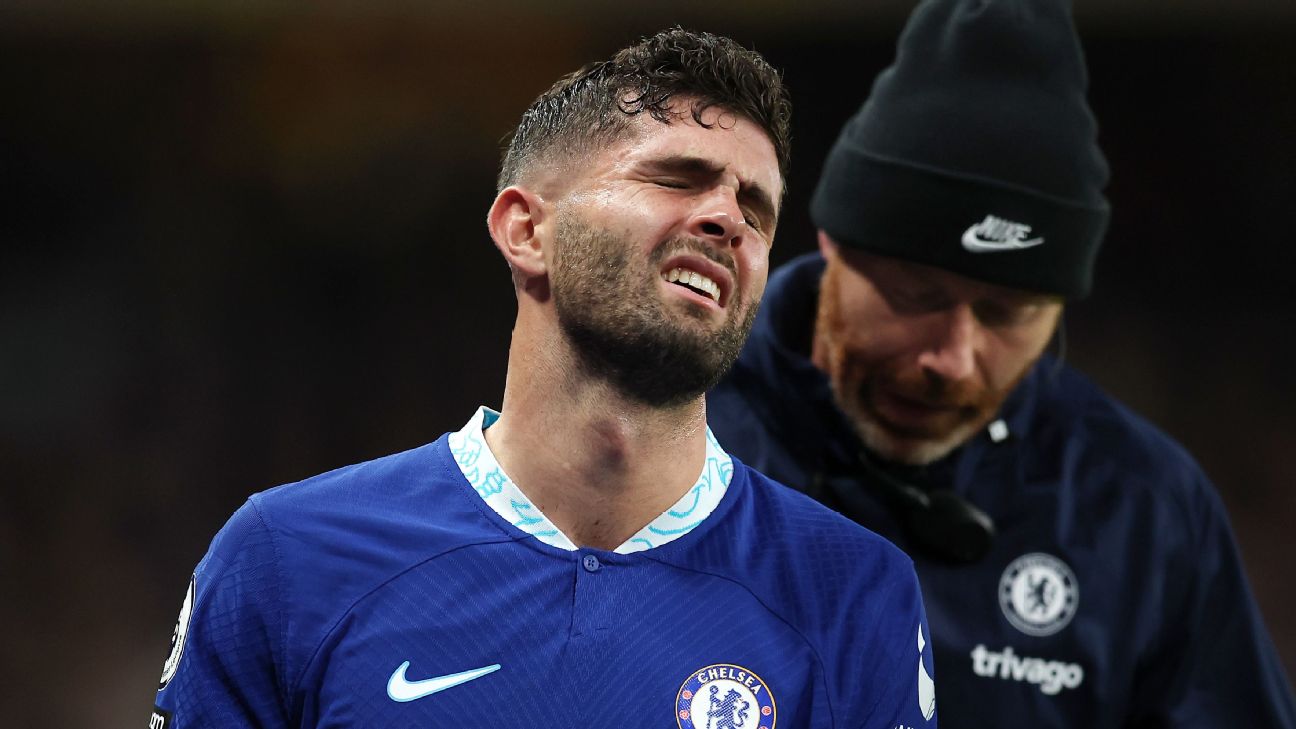 Christian Pulisic is expected to be out for up to two months with a knee injury, Chelsea head coach Graham Potter confirmed on Wednesday.

The United States international limped out of last week’s Premier League home defeat to Manchester City and has since undergone a series of tests to determine the extent of the problem.

Speaking ahead of Thursday’s trip to Fulham, Potter told a news conference: “Christian is a couple of months we think, hopefully less, but that’s the timeframe there.”

The news will come as a significant blow to Pulisic as sources had told ESPN the 24-year-old was eyeing a move away from Stamford Bridge this month.

Contact has been made with Manchester United and Newcastle over a possible loan deal, but Pulisic’s latest fitness setback will severely damage the prospect of a temporary switch.

Pierre-Emerick Aubameyang has recovered from a back problem while Raheem Sterling is undergoing examinations on a hamstring problem with an as yet unspecified return date.

Speaking about the criticism he has faced, Potter said: “You have to understand that it is part of the job. You only have to look at some of my colleagues in a similar position. Pep [Guardiola] for example in his first season would have been criticized quite heavily. Mikel Arteta has had to endure a period of criticism. Jurgen Klopp in the first few years would have gotten some criticism as well and these guys are fantastic.

“Football is emotional. When you lose, you don’t really think about it — you feel it. You feel the suffering, the discomfort. Sometimes it is hard to understand the why and it is easy just to blame someone. I am not sitting here saying I’ve been absolutely perfect so they are not completely wrong but I think it is always very complex.

“You try to put it into perspective, you try to remember that you are capable. You try to remember how you got here. Two months ago I was considered to be a top coach and if you consider the people I’ve played against and played with, they would probably say the same but at the same time I acknowledge the results we have had are not good enough and you have to deal with that as best you can, put it into perspective and keep moving forward.”