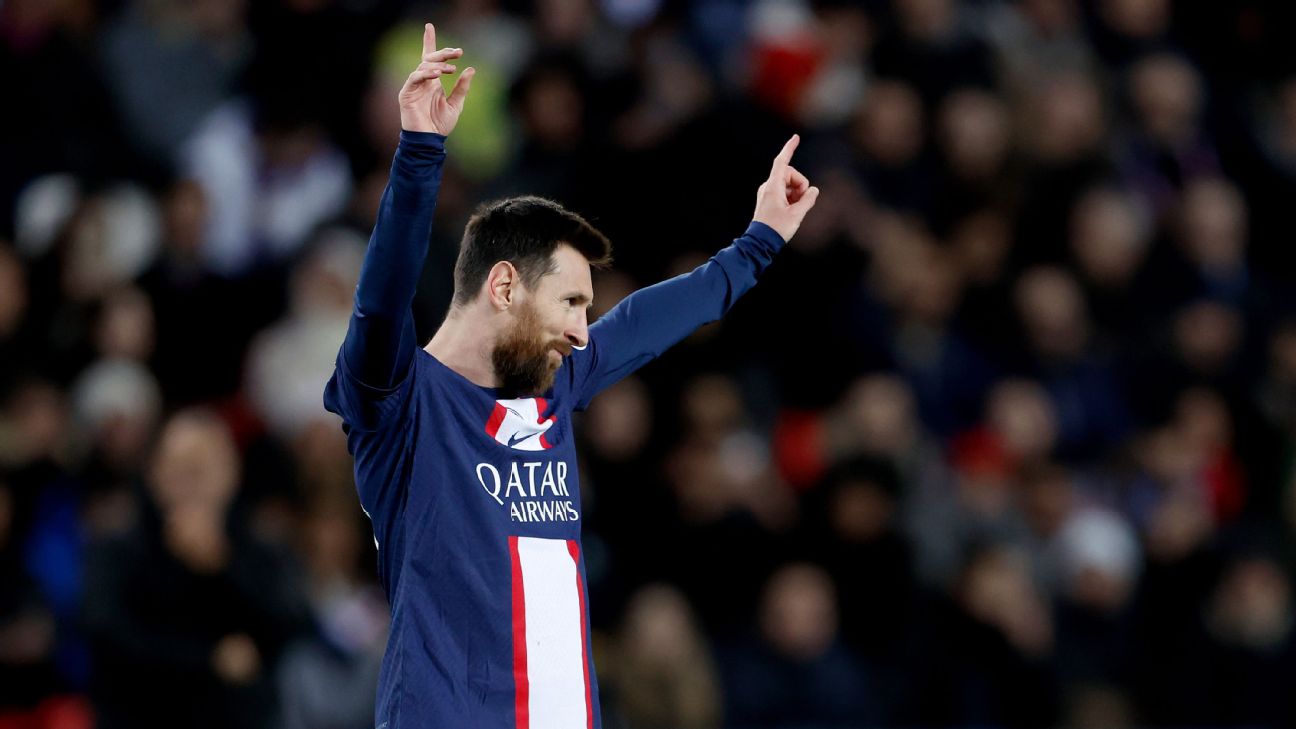 Paris Saint-Germain are hoping to make a big step forward in negotiations with Lionel Messi over his new contract by the end of the month, sources have told ESPN.

Messi, 34, was linked with a shock move to Al Hilal on Thursday but is happy in Paris and won’t be joining Cristiano Ronaldo in Saudi Arabia, according to sources.

The Argentina international’s contract expires at the end of the season, but both parties have agreed in principle to continue Messi’s stay in France.

Messi’s father Jorge is expected to arrive in Paris before the end of the month to sit down with Luis Campos, PSG’s sporting director, and Nasser Al Khelaifi, the club’s president, to finish negotiations and conclude the agreement.

The structure and length of the new contract is yet to be agreed, but both parties are optimistic about finding a common ground.

Major League Soccer side Inter Miami are the other club trying to recruit Messi, with manager Phil Neville revealing that they are working “every second of every day to bring the best players” to the club.

However, Messi’s priority at the moment is PSG and extending his deal with the Ligue 1 leaders.

The 2022 World Cup winner made a goalscoring return with PSG on Wednesday in the 2-0 victory over Angers at the Parc des Princes in Ligue 1. He now has 13 goals in 19 games so far this season.