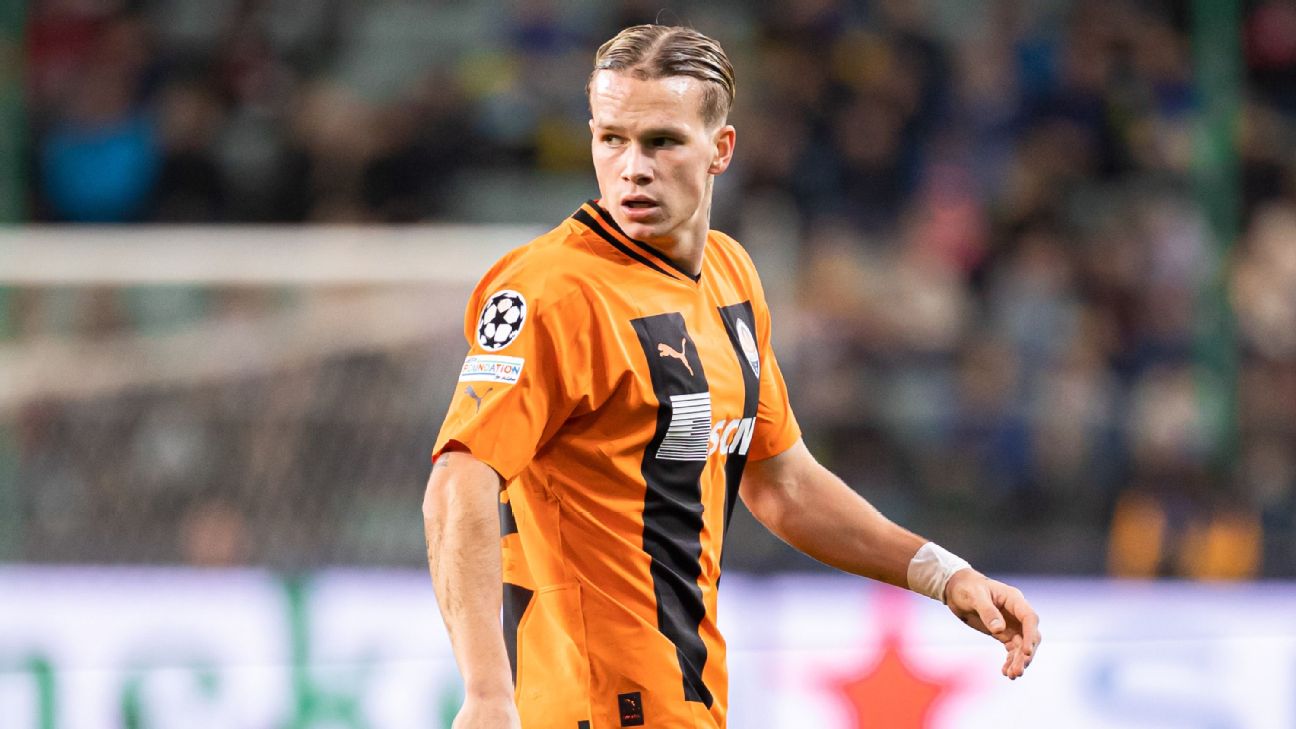 Arsenal have submitted a third bid for Shakhtar Donetsk winger Mykhailo Mudryk as the Gunners seek to beat off competition from Chelsea for the 21-year-old’s signature, sources have told ESPN.

The bid is still believed to comprise around €70 million up front with what one source described as “significant add-ons,” although the overall package is still thought to be short of Shakhtar’s €100m valuation.

Talks are believed to be ongoing over the detail and structure of various add-ons and although no agreement has yet been reached, Arsenal are thought to be optimistic they are edging closer to finalizing a deal.

ESPN reported earlier on Friday that Chelsea remain in the hunt for Mudryk and will now decide whether to match Arsenal’s latest bid after completing a loan move for Joao Felix, who was sent off against Fulham on his Blues debut just 24 hours after signing from Atletico Madrid .

Mudryk appeared to respond to the latest offer on social media in what is being interpreted as something of a running commentary from the Ukraine international.

After describing Mikel Arteta as a top coach, Mudryk posted a praying emoji on Instagram as news of the improved Arsenal bid first broke.

When asked about Mudryk on Friday, Arteta said: “We cannot talk about any other player. [There is] some interest on things we would like to do to improve the team because we are short in certain areas and with injuries that we picked [up.] We are determined to improve the team in every window.”