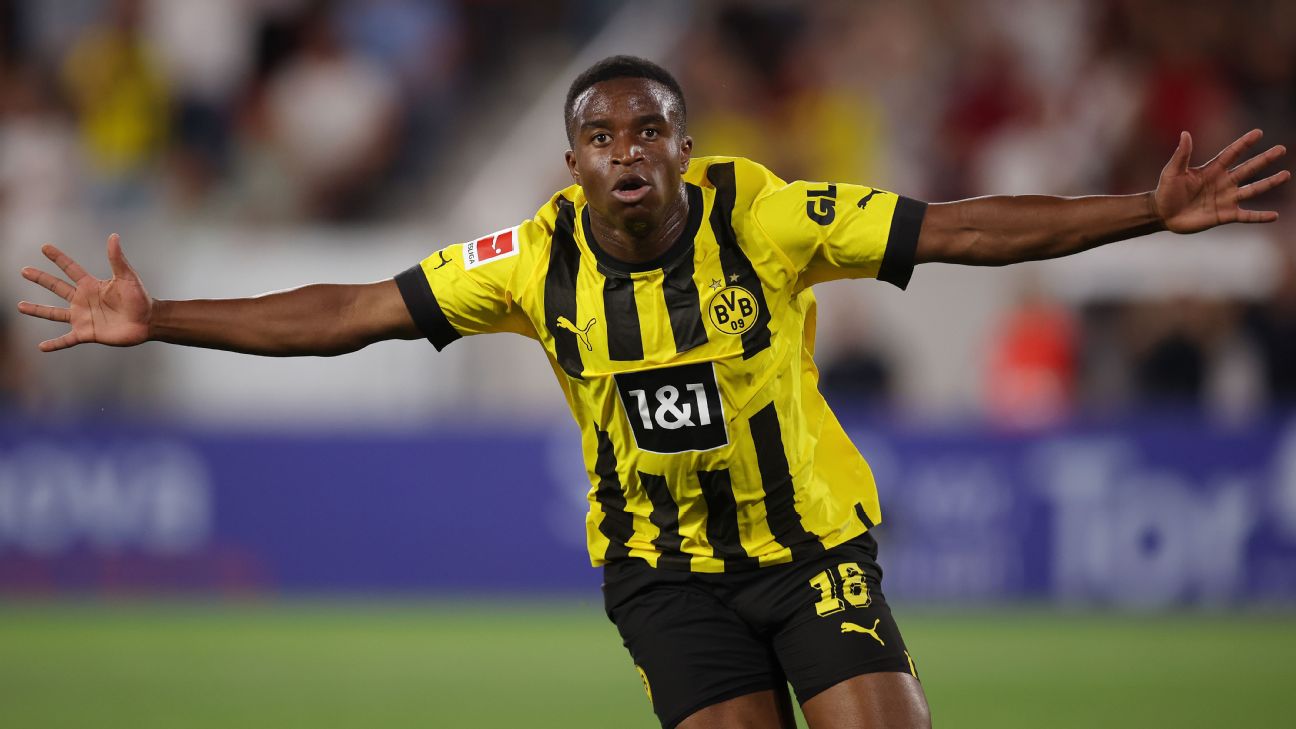 Borussia Dortmund have told forward Youssoufa Moukoko to make a decision about his future this month as one of the most sought-after young talents in world football weighs up whether to sign a new contract or become a free agent.

Moukoko, 18, became the youngest player ever to represent Germany at a men’s World Cup in November and is Dortmund’s top scorer in the Bundesliga this season with six goals in 14 games. His contract expires at the end of the season amid reported interest from many of Europe’s biggest clubs.

Dortmund sporting director Sebastian Kehl told Germany’s Kicker magazine that the club had made a “very attractive offer” and wanted an answer from Moukoko before Dortmund face Augsburg on Jan. 22.

“Youssoufa can accept this offer now and commit to Borussia Dortmund, or else there will be a parting of the ways,” Kehl said. “I would wish that he chooses us because he hasn’t yet completed his development and I see huge potential in him. But for us as a club there are limits.”

Born in Cameroon and raised in Germany, Moukoko’s prolific record of scoring in youth leagues prompted the Bundesliga to rewrite its rulebook so he could make his senior debut at 16, rather than the previous minimum age of 17.