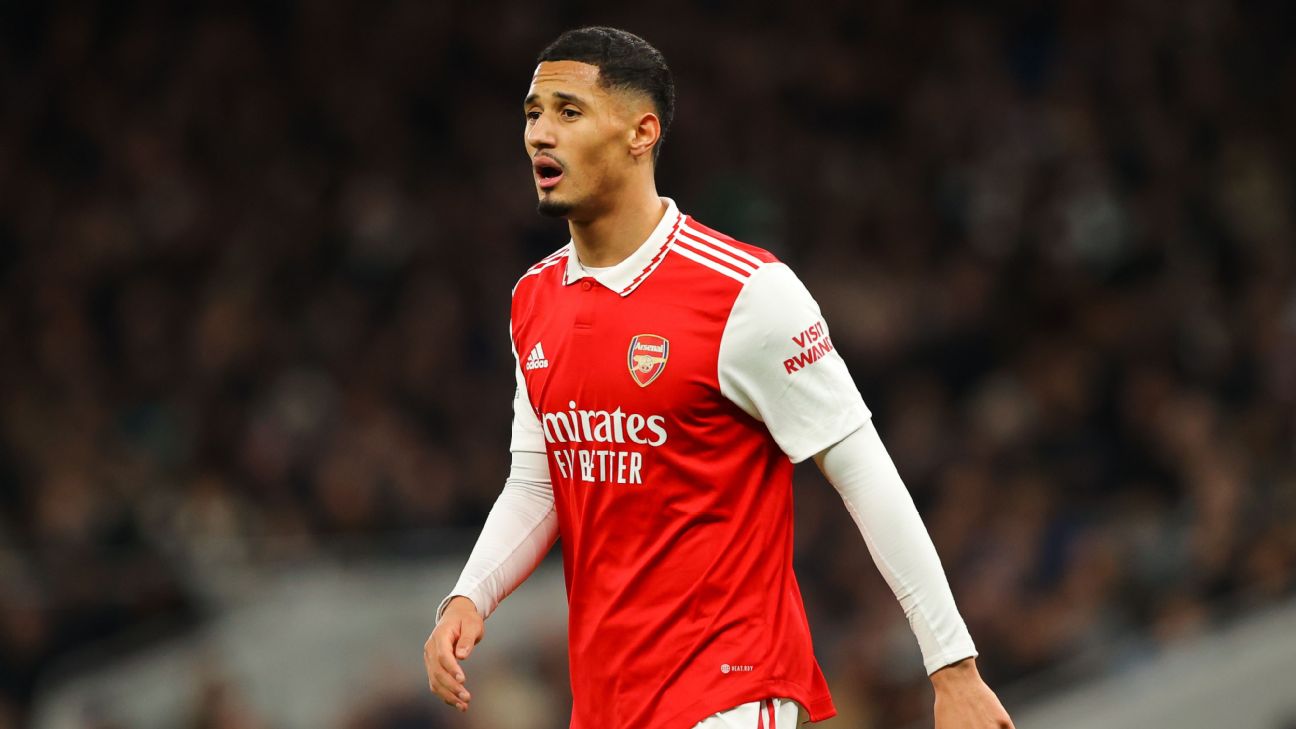 Arsenal plan to step up talks with William Saliba’s representatives next week as they look to agree a new long-term contract with the 21-year-old, sources have told ESPN.

Arsenal triggered an option to extend his existing agreement to 2024 but are keen on securing the future of one of the most exciting defensive prospects in the Premier League.

Sources have told ESPN that Arsenal’s last contract offer was rejected by Saliba and there remains a “significant difference” between the player’s demands and the club’s current proposal.

However, there is a willingness to extend on all sides and the club remains confident an agreement can be reached, with Saliba’s agent due in London for talks next week.

Speaking after Sunday’s 2-0 win over Tottenham, which extended Arsenal’s lead at the top of the table to eight points, Saliba said: “I am so happy here.”

“The club is speaking with my agent and me, the only thing I can do is [focus on my football]. I am so happy here.”

The France international centre-back joined Arsenal for £27 million in 2020 but had loan spells at Saint-Etienne, Nice and Marseille as questions grew over whether he would ever establish himself in north London.

However, after being named Ligue 1 Young Player of the Year last season, Saliba was given his chance this term and never looked back, starting all 18 league games for a team which has the second-best defensive record, behind Newcastle, in English football’s top flight.