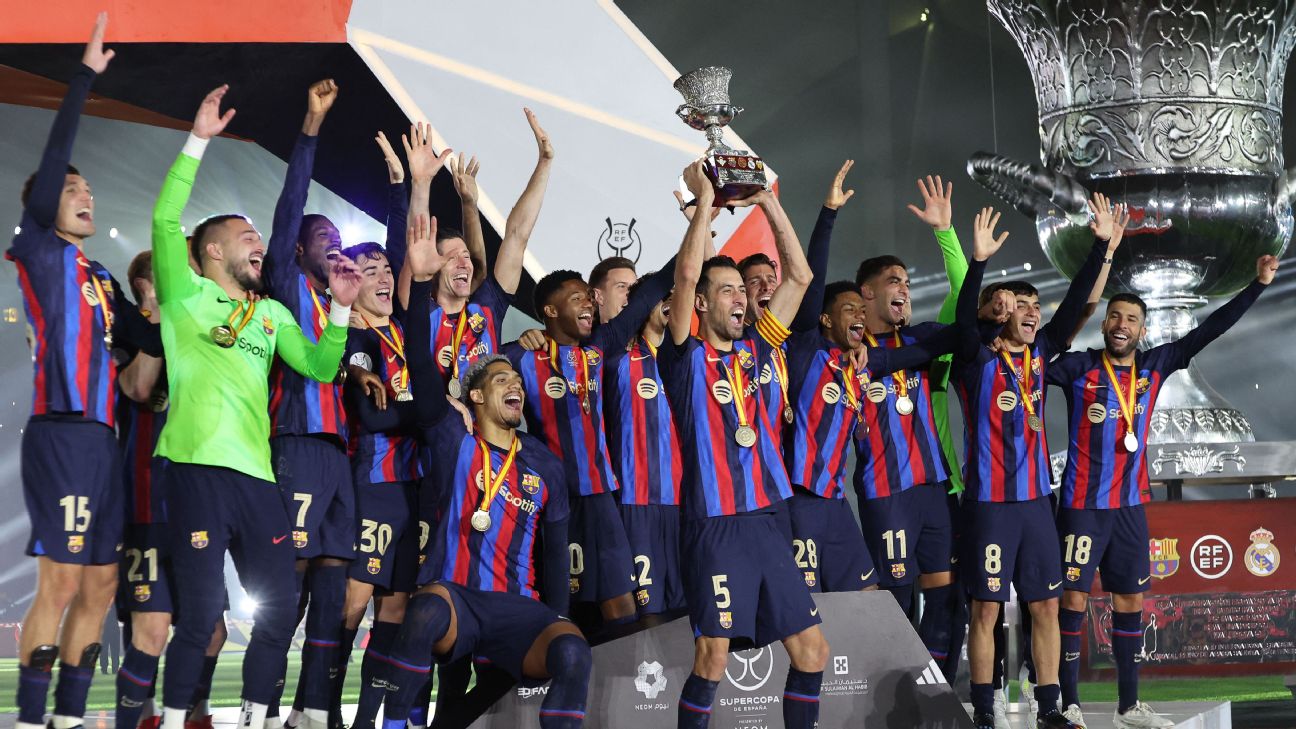 Barcelona president Joan Laporta has told the club’s supporters to remain patient as the team continues to aim “very high.”

Barcelona ended a 638-day trophy drought by beating Real Madrid 3-1 in the Spanish Supercopa final on Sunday, an exhibition Laporta described as a “Barca masterclass.”

It was Barcelona’s first trophy under coach Xavi, and first since Lionel Messi’s departure.

“This team is consolidating,” Laporta said. “This team is progressing really well. I ask that we keep on having this necessary patience because we can consolidate a team that is raised and aims very high. Very high. And all of us coolers [Barca fans] who have lived through glorious moments can see it.”

Laporta dedicated Sunday’s win to the fans who have stood by the team during the club’s financial hardship.

Laporta claimed last year that his board had inherited a club record debt of €1.35 billion but the sale of assets last summer allowed Barca to spend over €150 million in that transfer window. Barca have not made any signings in this transfer window because of financial fair play rules.

Laporta sees Sunday’s triumph as a launchpad to something great. Xavi’s side lead the LaLiga standings, three points clear of Real Madrid after 16 games and is also through to the Copa del Rey round of 16.

“I’m grateful because it is a victory for all the fans, who have had patience, who haven’t given up hope,” Laporta said.

“We have to recognize the importance of how we beat them, right? It has been a Barca masterclass, and everybody saw it! Because Barca vs. Madrid is the greatest spectacle in the world!”