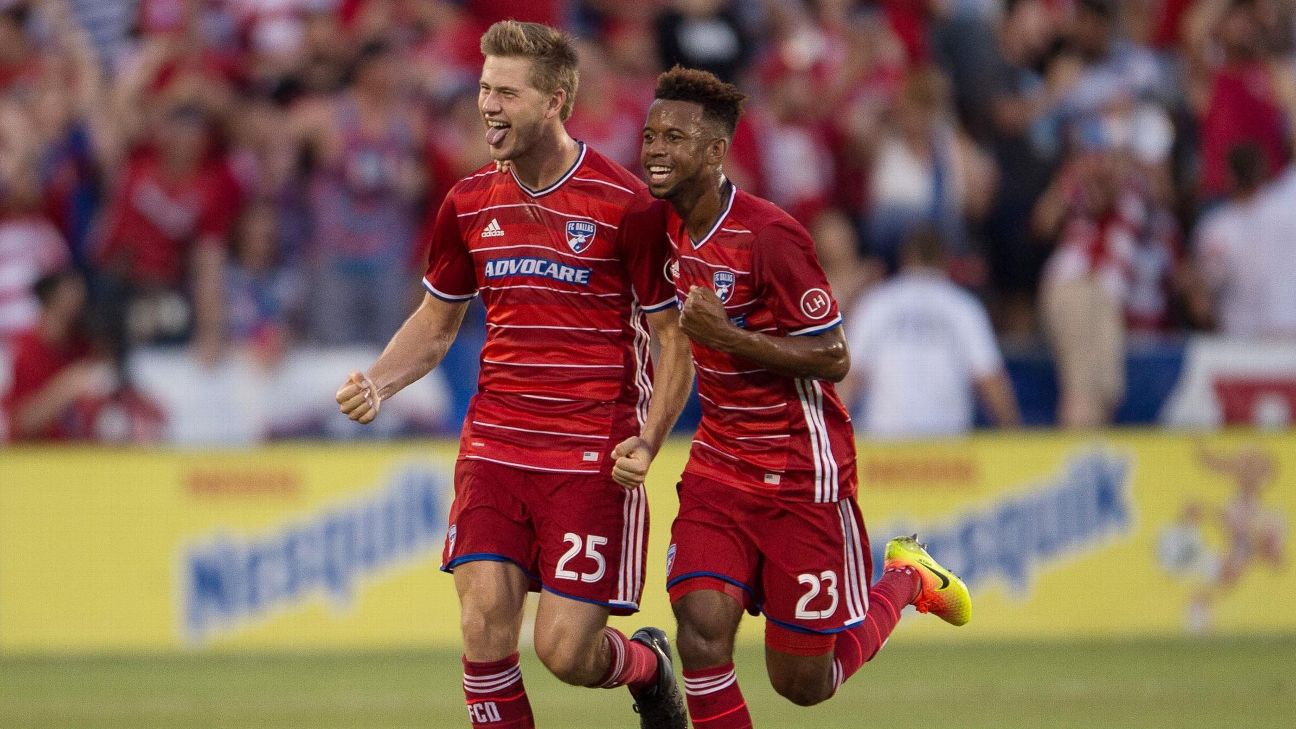 The US will begin training on Jan. 21, and face Serbia on Jan. 25 at Banc of California Stadium, followed by a match against Colombia three days later at Dignity Health Sports Park in Carson, Calif.

Because the matches fall outside of a FIFA-designated international window, clubs were not required to release players for these matches, meaning that the vast majority of players are not in season.

Yet the January camp has often been used by players as a springboard for their international careers.

Dating back to 1999, a total of 30 players who have debuted or earned their second cap during the USMNT’s first camp of the calendar year have gone on to make a FIFA World Cup roster.

Combined with the fact that the US is at the beginning of a new World Cup cycle, the roster includes 13 uncapped players, 11 of whom are taking part in their first USMNT camp.

With the future of US World Cup manager Gregg Berhalter uncertain as the USSF investigates a 1991 incident of domestic violence involving Berhalter and his wife Rosalind, assistant coach Anthony Hudson will lead the team for both matches.

He’ll be assisted by fellow World Cup assistant BJ Callaghan as well as US U-20 manager Mikey Varas.

“We are thrilled with the group of players we’ve been able to put together for this camp,” Hudson said. “The annual January camp gives us a chance to look at some real high potential young players as well as some dual nationals we have been following.

“The focus has been on identifying positions within our team that need more depth. We are also leaning on some of our veteran players for their experience on the field as well as to socialize the younger players into the incredible culture we have built within the squad .

“We know from history that many players who get their first national team opportunity in this window go on to make a World Cup roster, so we want them to make the most of it.”

The roster for the annual January camp is usually comprised almost exclusively of MLS players, but this edition includes seven with non-US clubs.

Notable among them is Liga MX Club America forward Alejandro Zendejas, who has been at the center of a tug-of-war between the US and Mexico for his international allegiance.

Zendejas appeared for the US at U-17 level before declaring that he would only play for Mexico in the future.

But Zendejas reportedly never filed the required one-time switch with FIFA, and despite appearing in two friendlies for The Threehis international eligibility remains tied to the US FIFA is reportedly investigating.

“First, we’re extremely grateful to the club. They’ve been incredibly supportive,” Hudson said about Club America. “[Zendejas] is one of the players that’s going to play [a league game] on that day that camp starts but they’re going to let him fly in and play against Serbia.

“So, huge appreciation to the club because he was another player we wanted in but didn’t think we were going to get. He’s an exciting player, a technical player who plays out wide on the right or left, and has a really good final product.

“We’ve spoken with him and he is just super excited to come in and obviously has history with the youth national teams. He’s a really, really good guy and we’re looking forward to working with him.”

The roster was also constructed with an eye towards the 2024 Summer Olympics, to be held in France.

“It’s very important and it’s a core of players that we’ve worked with before,” Hudson said. “Some of the guys have been right on the edge of coming into camps in the past with us, and some have been in [with the senior team].

“We’ve followed them this whole time. So, it’s good to help prepare them and to be around other high-level players, get used to it again, be around the national team set up and help for when they are preparing for the Olympics. It’s a really good opportunity for us to see some of those guys.”

As for the unusual circumstances that led to Hudson to take over running the team, he remarked that the responsibility isn’t lost on him.

“I have to give a huge amount of gratitude and respect to Gregg Berhalter for bringing me in the first place and trusting me and allowing me to experience the last few years,” he said.

“So that in itself makes it a little bit difficult. However, I’ve been asked to take the team for a couple of games and amongst all of it is a feeling of immense pride.