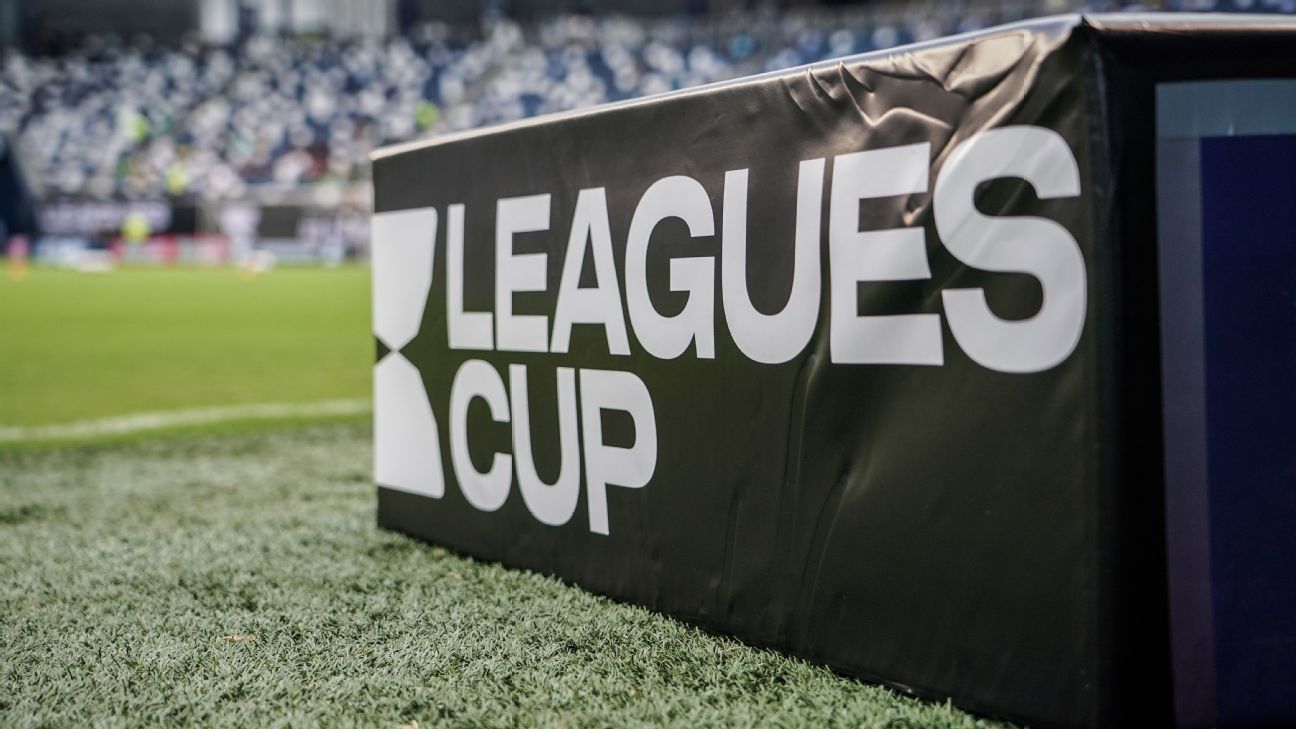 Fifteen groups have been revealed for the expanded Leagues Cup tournament that for the first time will feature every MLS and Liga MX club in the 2023 summer competition.

Kicking off on July 21 and closing out with a final on Aug. 19, the month-long event is billed as a “World Cup-style” tournament that will include 18 teams from Liga MX and 29 from MLS.

The top three clubs from the competition will automatically earn spots in a reformatted 2024 CONCACAF Champions League.

Placement in each group for the top 15 MLS clubs (outside of LAFC) was determined first by their matching region and then by their position in the 2022 Supporters’ Shield standings.

The top 15 Liga MX clubs (outside of Pachuca) were selected by the aggregate 2022 table and then placed into the groups through reverse order from the top 15 MLS teams, so that the No. 1 ranked MLS team is paired with the No. 15 teams from Liga MX and vice-versa.

The remaining MLS clubs were placed into their matching region first and then organized into the groups by their position in the Supporters’ Shield standings.

FC Juarez and Queretaro, the last two Liga MX clubs, were placed into open slots in the South and East regions.

All clubs in this year’s Leagues Cup tournament will play two games each, with a schedule that is currently in the works. The top 15 ranked MLS sides in the group stage are set to host two matches.

All 77 games in the competition will be held in the United States and Canada. Three points will be given for wins in the group stage, and if there is a tie at the end of regulation time, each team will be given one point and battle for an additional point in an ensuing penalty shootout. Details on tiebreakers in the group standings have yet to be revealed.

The top two teams from each group will then join Pachuca and LAFC in the round of 32, where they will compete to earn a place in the final on Aug. 19.

Both Liga MX and MLS will put their seasons on pause to showcase Leagues Cup 2023. The upcoming tournament is an expanded version of the competition that began in 2019 and experimented with a limited number of invited clubs from both leagues.

By September of 2021, an announcement was made for the new version of the event that will expand to all teams in MLS and Liga MX.

“There has never been anything like the Leagues Cup in major professional sports on this continent or anywhere else and we believe the tournament will help elevate the profile of CONCACAF throughout the world,” MLS commissioner Don Garber said last year.

“For Liga MX, this means spending a month with our great and growing fan base in the United States and creating new international opportunities, so that our clubs and players can show the world their talent and commitment to excellence,” added Liga MX president Mikel Arriola.

Arriola made headlines last September when he stated at the World Football Summit that Liga MX can be among the “top five of the leagues in the world” with the help of the Leagues Cup.

Previous editions of the Leagues Cup, won by Liga MX’s Cruz Azul in 2019 and Leon in 2021 — no official Leagues Cup competition was contested in 2020 or 2022 — have all been hosted in the United States.