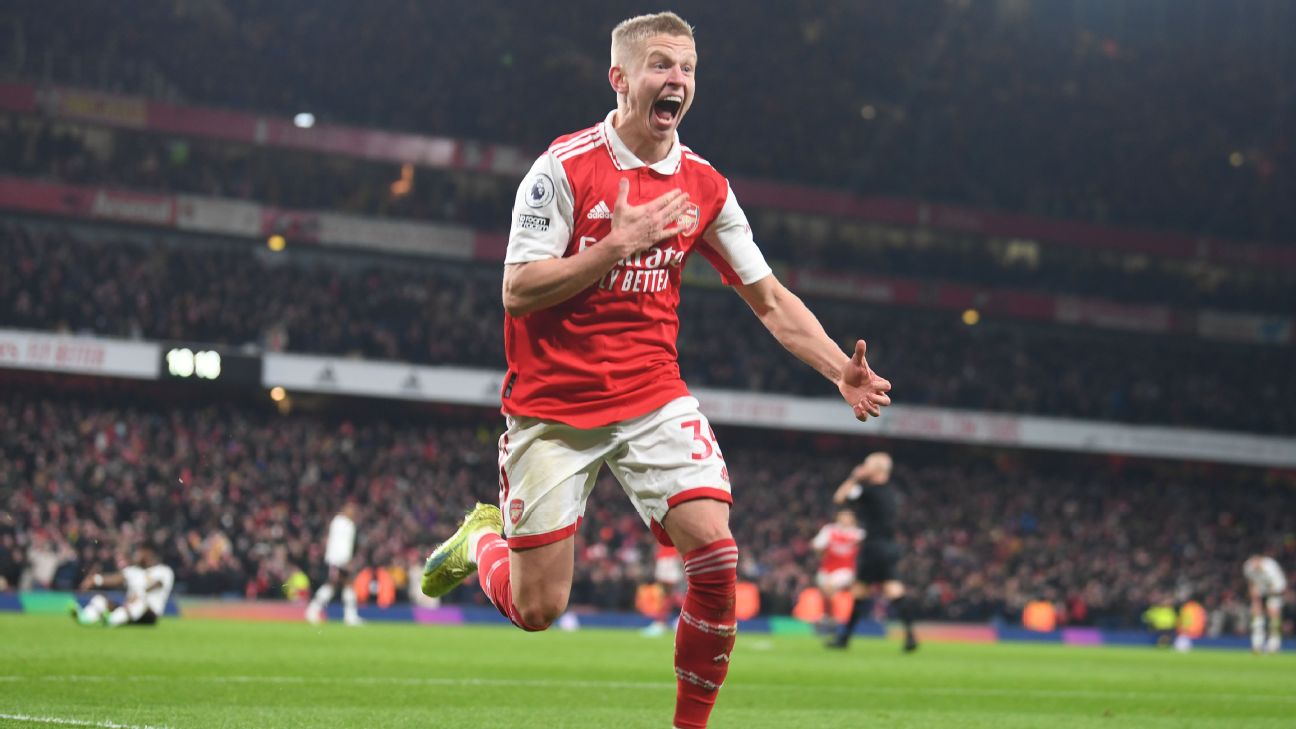 Arsenal defender Oleksandr Zinchenko said some of his teammates had laughed when he said at the start of the season that the club could win the Premier League title, but that the squad has now started to believe it is possible.

Ukraine international Zinchenko joined Arsenal from Manchester City prior to the start of the season, having won the league four times with the champions.

Zinchenko has been crucial to Arsenal’s winning run with his calm presence at the back and flexibility in attack. Mikel Arteta’s side’s 3-2 victory over Manchester United on Sunday moved them five points clear of City at the top of the standings, with a game in hand.

“To be honest, when I had just arrived, the quality I saw … obviously I knew the Arsenal team, I knew all of them before, but still I realized on the pitch we have everything to achieve big things,” Zinchenko told Premier League TV.

“I started to speak in the dressing room, saying: ‘Guys, forget top three or whatever, we need to think about the title.’ Some of them were laughing but no one is laughing now and all of us are dreaming.

“But still there’s a lot of games to play and now you can see [Manchester] United is back. City, as always, is there. Let’s see what is going to happen, but we need to move step by step.”

Arsenal have not won the league since their “Invincibles” squad won the title in 2003-04 under former manager Arsene Wenger.

Arteta’s side will next turn their attention to the FA Cup where they take on Zinchenko’s former club City in a fourth-round clash at the Etihad Stadium on Friday.